A Feature Film on Skywalker Ranch: A Dream Come True for 3 Students

Getting to work on a project at Skywalker Ranch is a dream come true. Just ask the three Northwestern University students who got to spend time there this summer.

It all started in 2018, when Chicago Director/Producer Alex Thompson reached out to Northwestern EPICS Assistant Director Katherine Lelek, who serves as the liaison for the MA in Sound Arts and Industries program. He was looking for solid sound talent to support his first feature film, Saint Frances, so Lelek connected him with a student who could perform editing and design work. 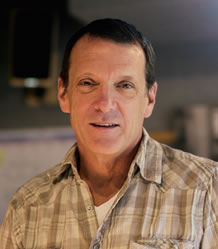 Three years later, Thompson reached out to Lelek again. This time, his sophomore feature film—Rounding—was in the works, and he wanted to bring in more Northwestern student talent. Because alum Tom Myers, re-recording mixer at Skywalker Sound and Sound Arts and Industries Advisory Board Member, was on the project as well, the interns not only got to work on a feature film with Thompson, but also learn from Myers’ years of sound experience.

Undergraduate student Nihar Gagneja ’21 joined Rounding as a sound designer. “I spent about half my time on backgrounds and sound effects editing, trying to find the right character or tonality for each space and adding sound effects,” he explains. “I wanted to communicate the hospital as a chaotic space while the outdoor spaces needed to feel freeing and expansive.”

He spent the other half of his time on foley sound effects, working in a foley pit and doing prop foley at his desk using random props to dramatize important moments.

Over the summer, he visited Skywalker Ranch for the final week of a two-week mixing process. After screening the movie and taking notes, he joined the team as they went through the film reel by reel to make adjustments before watching the final screening. 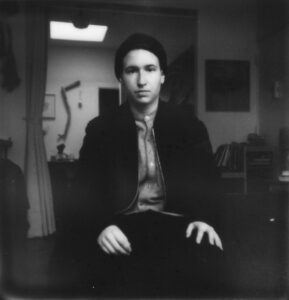 Erica Ricketts ’21 also spent a week at Skywalker Ranch in July to watch the mix of the film—a experience she describes as surreal. “It was amazing to walk the halls of a place where so many of my favorite movies have been made.”

Serving as a sound effects editor, she says the project was a huge leap for her—she hadn’t worked on a feature film before. “I brought in the effects for whatever was on screen and made sound,” she explains. “Because the film takes place in a hospital, there were a lot of medical equipment sounds. I also brought in sounds for the gore and prop foley.” 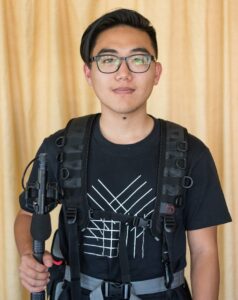 Serving as a dialogue editor for the film was Shaun Yee ’21. “I got the recordings from on-set production to sound consistent and clear enough so Tom Myers could add final touches to fit the dialogue with the rest of the mix,” he explains.

Yee visited Skywalker Ranch in mid-September to work on the film’s M&E (music & effects) package, which allows other countries to dub to different languages.

Throughout the summer, all three worked alongside Thompson in person and virtually; he served as the creative hub and general sounding board for artistic and big-picture logistics. The film follows a driven young medical resident who travels to a rural hospital and becomes consumed by a case involving a young asthma patient.

They also partnered with Myers, who has worked on sound projects ranging from Up and Monsters Inc. to Armageddon, Office Space, and The Mexican. By simply watching and interacting with him, all three students say they learned something new.

“During the mix at Skywalker, it was great to watch Myers do his work and see his process,” says Ricketts. “I absorbed a lot of helpful information and insight into how he makes decisions and how he thinks about film and post-production sound. I’m trying to carry some of that insight into my next projects.”

For Gagneja, the takeaway was to always keep a copy of the picture editor’s sound export at the bottom of a project so deleted sounds can quickly be reinstated—a trick to bring back effects when directors fall in love with the temp track. He says it’s paid off at least once on every project he’s worked on since then.

Although all three had their own roles and responsibilities, there was also an unmatched feeling of collaboration as they worked with and learned from one another.

“One of the biggest takeaways for me was our collaborative success,” says Yee. “I was so lucky to be working with people who care so much about the art of filmmaking, as well as the craft of sound for film. The three of us worked quite well together.”

Gagneja says he picked up new technical skills in dialogue editing by analyzing Yee’s work, and he learned how to pay attention to small sound details from Ricketts. “It was great to have people to not only learn from, but also to grow with,” he explains.

The time during summer they spent working at Skywalker Ranch is likely one they’ll never forget: From its expansive grounds to its outdoor pool and manmade lake, there’s no other place like it.