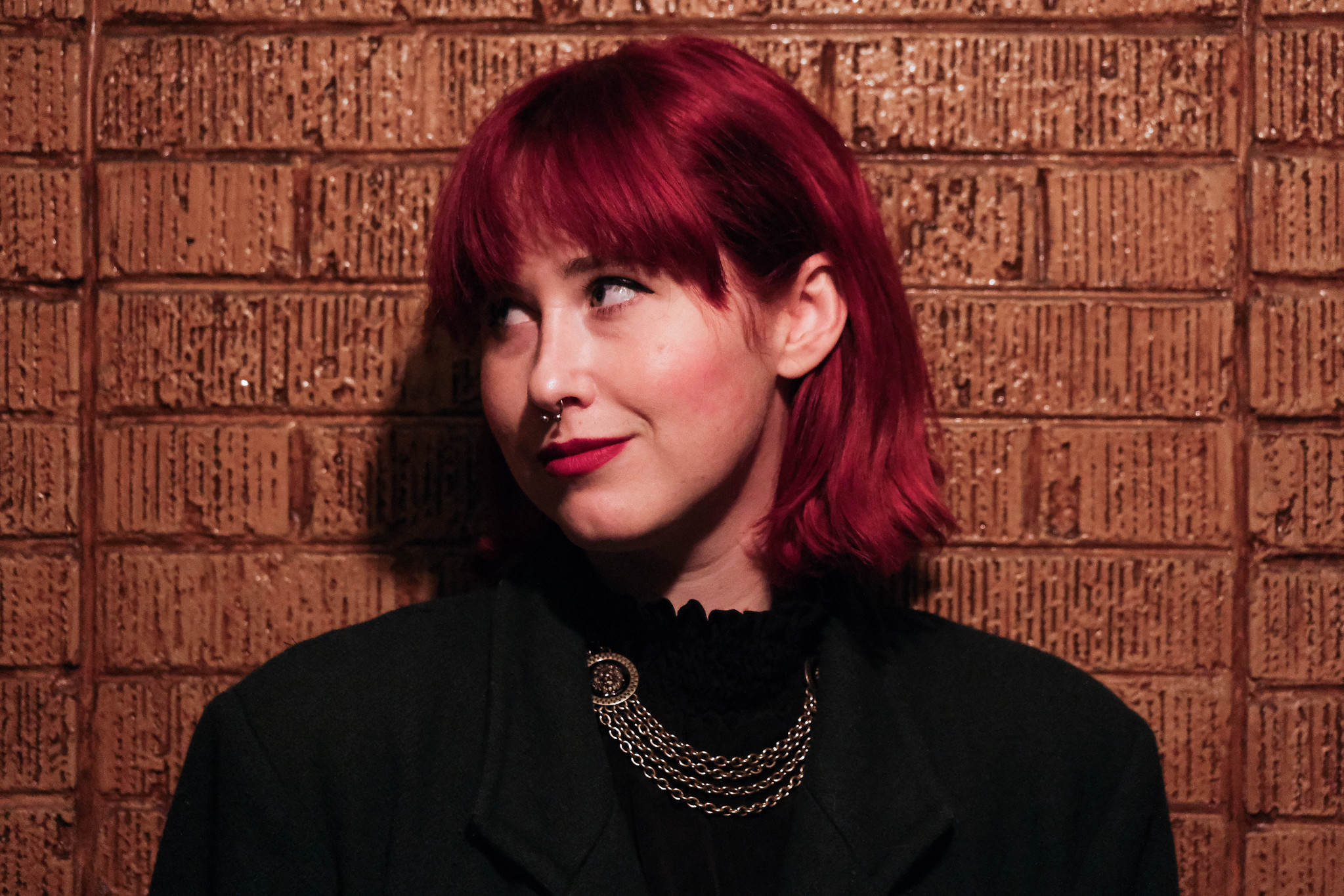 When she was growing up, all Meredith Haines ’20 wanted to be was a musician—but her peers and teachers steered her in a different direction.

As a result, she decided to enter the Music Industry program as an undergraduate at Drexel University. “I thought, ‘If I can’t be a musician, at least I can be around musicians,’ ” says Haines. “But I missed performing.”

She decided she didn’t want to leave performance behind, so she transferred to Temple University and earned a BFA in Dance—in part because her family, friends, and teachers told her she had a talent for it.

But her dance degree didn’t quell her desire to pursue a career path in music. “The second I graduated, I knew I didn’t want to dance,” says Haines. “I still wanted to be a musician.”

This time, she went with her gut. She worked as a barista and for an after-school nonprofit program while also learning how to play guitar, teaching music lessons, and playing in punk bands.

While she performed, she began to experiment with sound in practice and on stage. “I was starting to get into sound art and musique concrète, but I didn’t know it yet. I was just doing what made sense in my mind,” she explains. “When I went to Northwestern, I discovered there were other people doing this. There’s an entire history behind it. I was just doing it in isolation.”

Although she was teaching kids about music, she wanted to build her skills and debated between earning an MFA elsewhere or an MA in Sound Arts and Industries—and she decided that Northwestern’s program was a better fit.

Learning Max/MSP/Jitter, a visual programming language for music and multimedia, was a standout moment for Haines. She signed up for the class with no coding or programming experience. “But that’s why I signed up for it—because it intimidated me,” she explains. “For the first two months, every time I opened the program, I wanted to cry. But sticking with it was really rewarding. It’s a skill I’m glad I now have.”

She also credits the MA in Sound Arts and Industries program for changing the way she thinks about and approaches sound. Before the program, she didn’t have a defined way to explain her work—no conceptual or theoretical approach behind what she was doing (or why she was doing it). But exposure to great writers, thinkers, and artists who served as inspiration helped her conceptualize her work and explain the “why” behind sound projects.

After graduation, her experiences carried her to High Concept Labs, an arts service organization dedicated to supporting working artists and engaging the Chicago community with arts and culture, where she’s a 2022 artist-in-residence.

“My work is a pretty personal project,” she explains. It’s helping her heal from the emotional trauma, normalize the experience, and confront the social stigma of living day-to-day life as an STI-positive person after a herpes diagnosis in January 2021.

“I’ve always used sound and music to process trauma. There’s a lot of art about HIV and AIDS, and it’s very visible. There isn’t as much art about herpes that’s also accessible to the public. It’s not something people make art about or talk about,” Haines explains. “I wanted to do this to heal not only myself, but also others, and build a community. It’s so common, but everyone’s experiences are so different.”

Through her work as an artist-in-residence at High Concept Labs, she realized how much sound and music mean to her—and decided she’s not done learning yet. Haines plans to return to school to earn her PhD and wants to get back on the road and tour again.

“A decade from now, I want to be like my Sound Arts and Industries professors,” she says. “Instructor Olivia Block and Lecturer Stephan Moore teach and do traveling shows. They get to do installation work, make art, and educate the next generation of sound artists. I love teaching, and I love making art. I’m going to be a thinker, a researcher, and an art maker.”