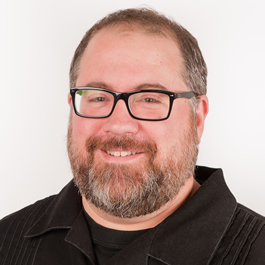 Stephan Moore is an associate professor of instruction in the Department of Radio/Television/Film and also serves as associate director of the MA in Sound Arts and Industries. He is a sound artist working at the intersection of performance and technology. His creative work is primarily concerned with the creation and perception of sonic environments, encompassing practices in field recording, physical programming, studio production, audio spatialization, loudspeaker construction and interactive software design, manifesting as sound installations, sound designs and scores for dance and theater productions, solo and group performance works and improvisations, and recordings. As a musician and sound engineer, he toured with the Merce Cunningham Dance company from 2004 to 2010. He was given a 2010 New York Dance and Performance “Bessie” Award for his score to choreographer Yanira Castro’s Dark Horse/Black Forest, and a 2013 nomination for his score to The People To Come. He is the President of the American Society for Acoustic Ecology, a member of the Wingspace Design Collective, and an active curator, most recently of the exhibition In the Garden of Sonic Delights at the Caramoor Center for Music and the Arts. Moore holds an MFA in Electronic Art from Rensselaer Polytechnic Institute and a Ph.D in Electronic Music and Multimedia Composition from Brown University.