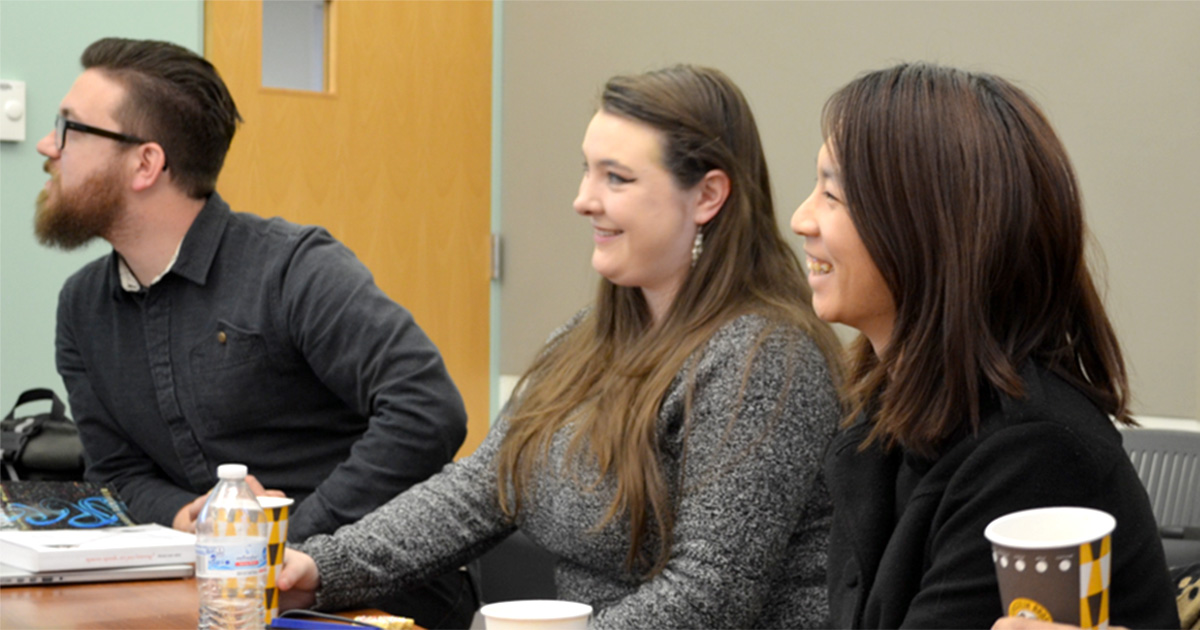 While guided walking tours aren’t new, tours that engage the user through sound put an immersive spin on the experience.

“Detour tried to find a better way to connect people with the stories around them,” said Sarah Dines, Head of Business Development at Detour.

Currently available in Chicago, San Francisco, New York City, Los Angeles, Austin and five international cities (more launching in May), Detours are narrated by locals and tied to iconic locations. Each audio tour is infused with cinematic scoring and storytelling. Dines likens the experience to ‘walking around inside a movie.’

“This is a platform that is in beta, and I thought it would be great to bring a perspective that comes from art rather than the tech or development side,” Verma says. “We were thrilled that Detour was receptive to that idea.”

The collaboration appealed to Detour as well. Working with Northwestern gave the company a chance to use the platform in different ways.

“A number of universities are using the platform for things that weren’t the core intention of the platform,” said Dines.

“They wanted to get some artists using the software to see what they could do with it that would be weird and interesting,” Verma adds. “I met with Alex [Inglizian] about creating the context to use [Detour].”

This is how Inglizan’s winter quarter course, Sound Walks, Audio Tours and Augmented Reality, was born.

“As sound artists, we are very aware of sonic surroundings and how they interact with life and culture,” Inglizian says. “[Detour] let us play with the idea of what it means to inject new or different sound experiences.”

Students in Inglizian’s class worked on individual projects throughout the quarter.

“We were working on making a script that connects to a tour,” says Inglizian. “People approached it from a very abstract and sonic art form instead of just narrative storytelling, and that was really exciting.”

Summer Lin says her Detour project, “Where is Music Now?” served as an analogy for the intersection of different types of music and what it sounds like when they come together.

“I wanted my project to be a question to make people think and not necessarily give them an answer,” she says.

Lin’s audio tour begins near Northwestern’s Ryan Center for the Musical Arts, where users hear more traditional music. The next stop is Lake Michigan – Lin incorporated environmental sounds like the rush of water. Her tour concludes at a nearby parking garage, where users hear synthesized and electric sounds before a sound clip incorporating all three: the traditional, environmental and electronic.

For Lin, whose area of study is music, she was interested in using the software as less of a traditional walking audio tour tool and more for storytelling.

Since the class was pushing the boundaries of the software, Inglizian said his students ran into some roadblocks.

“We hit some dead ends with the software when it came to the creative because it was so focused on linear storytelling,” he says. “It was a fun challenge for the class.”

Inglizan’s students gave Dines and her team feedback, including a wish list of capabilities for ‘the world’s coolest audio guides.’

For Dines and the rest of the Detour development team, the partnership with Northwestern has broadened the company’s perspective on the software’s abilities.