Where Are They Now?: Pavan Vasdev 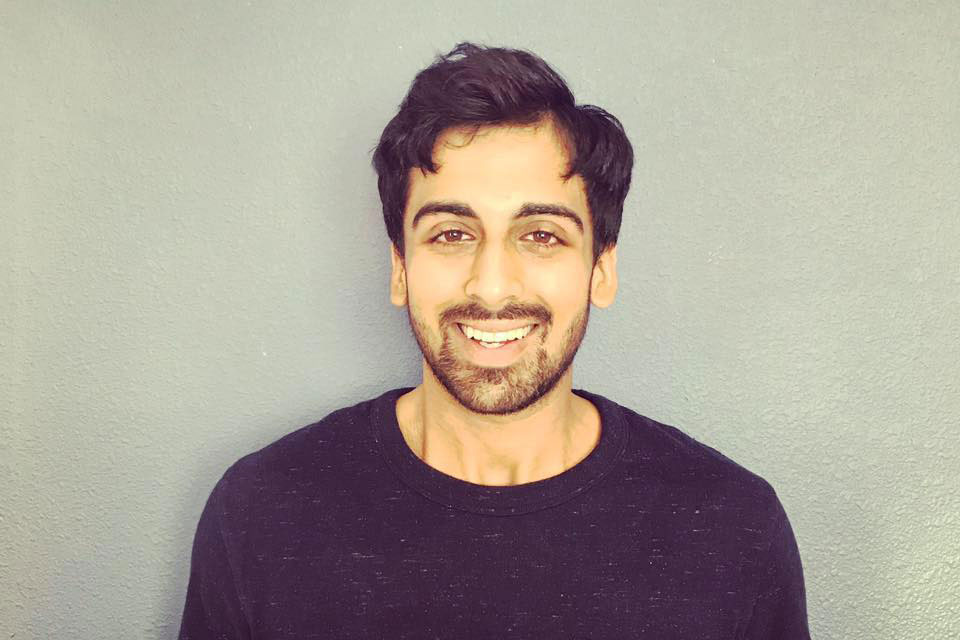 Growing up in a South Asian family in rural Oregon, Pavan Vasdev ’18 played more than 10 instruments (ranging from piano to sitar) and listened to a wide variety of music: a combination of Bollywood and Western-inspired songs.

Many members of his family, including his parents, brothers, and uncles are doctors—but Vasdev knew early on that path wasn’t for him.

Landing a Career in Music

Through the open windows of his apartment while a student at the University of Oregon, he heard the street music and local performers who traveled through Eugene. He was impressed with what he heard, so he tried to help them land shows and get their demos out into the world. After gathering a list of contacts in the music industry for job-search purposes, Vasdev created a compilation of these recordings and sent his demos out. And then he waited.

“No one got back to me,” he says, “except for Shankar Mahadevan, a very well-known Bollywood singer from the ’90s.” After some back-and-forth discussions, it was decided: Vasdev would move to India to work for the Shankar Mahadevan Academy as a producer. There, he composed educational songs taught at schools across India; he also played guitar during Shankar Mahadevan performances.

Although Vasdev had never been to India, and had no friends or family there, he fell in love with the South Asian music scene once he arrived. “I found an incredible energy of young people creating independent music. They were using things like MacBooks and GarageBand, but there wasn’t an open audio platform they could put their records on or use to create an infrastructure to support their musical careers.”

After his stint at Shankar Mahadevan Academy, Vasdev landed at Universal Music India, producing and managing artists—where he realized he wanted to go back to school to study South Asian music.

“I always wanted to be an artist and I believe I had what it took. But I was pressured into moving in a different direction and didn’t get the opportunity. It happens with lots of artists in India,” Vasdev explains. “They might have a million followers on Instagram and be making more money each year than a doctor, but they’re fighting internal battles at home. So now I’m dedicating everything I do now to making sure the next generation gets that opportunity. “

Vasdev’s goal is to integrate India’s emerging music economy into the global music market – to understand the Indian music market, its history, its future, and what types of sounds will be coming from India in the next decade. To do so, he first wanted to become an expert on India’s music.

“I found Northwestern’s MA in Sound Arts and Industries and was impressed. It’s an interdisciplinary program where I could have the freedom to structure my own education.”

“The Northwestern staff was so willing to let me shape this program with my goals in mind,” he explains. “I got to take classes that covered what I needed to know. Jacob Smith’s History of the Recording Industry and Gregg Latterman’s NUvention: Arts classes were so helpful. The combination was incredible.”

Not only was Vasdev able to better understand the state of the music industry and its challenges, but he also got hands-on experience in building a music business and pitching his idea to a board of directors.

After earning his MA in Sound Arts and Industries in 2018, Vasdev joined JioSaavn, South Asia’s largest music streaming service, which boasts its own in-house record label.

“This is the No. 1 place I wanted to be,” he says. His current work at JioSaavn stems from an idea he pitched as part of his final Study in Sound project at Northwestern. “Our mission is to empower the next generation of South Asian artists and find opportunities where established artists outside India can integrate their music and influence into the Indian market.”

As a result of this idea, Vasdev facilitated an international collaboration this year between the famous Bollywood composer Pritam and Los Angeles’ well-known DJ Marshmello. Pritam drafted song ideas and worked remotely with Marshmello on the collaboration. The result: a Hindi-language crossover called “Biba” (take a listen here). Marshmello then met Pritam in India for a short tour and a series of live performances.

“To get something out of Northwestern’s Sound Arts and Industries program, you have to put something in,” says Vasdev. “But, when you do, the rewards that come back to you are amazing.”