Using Sound to Be of Service 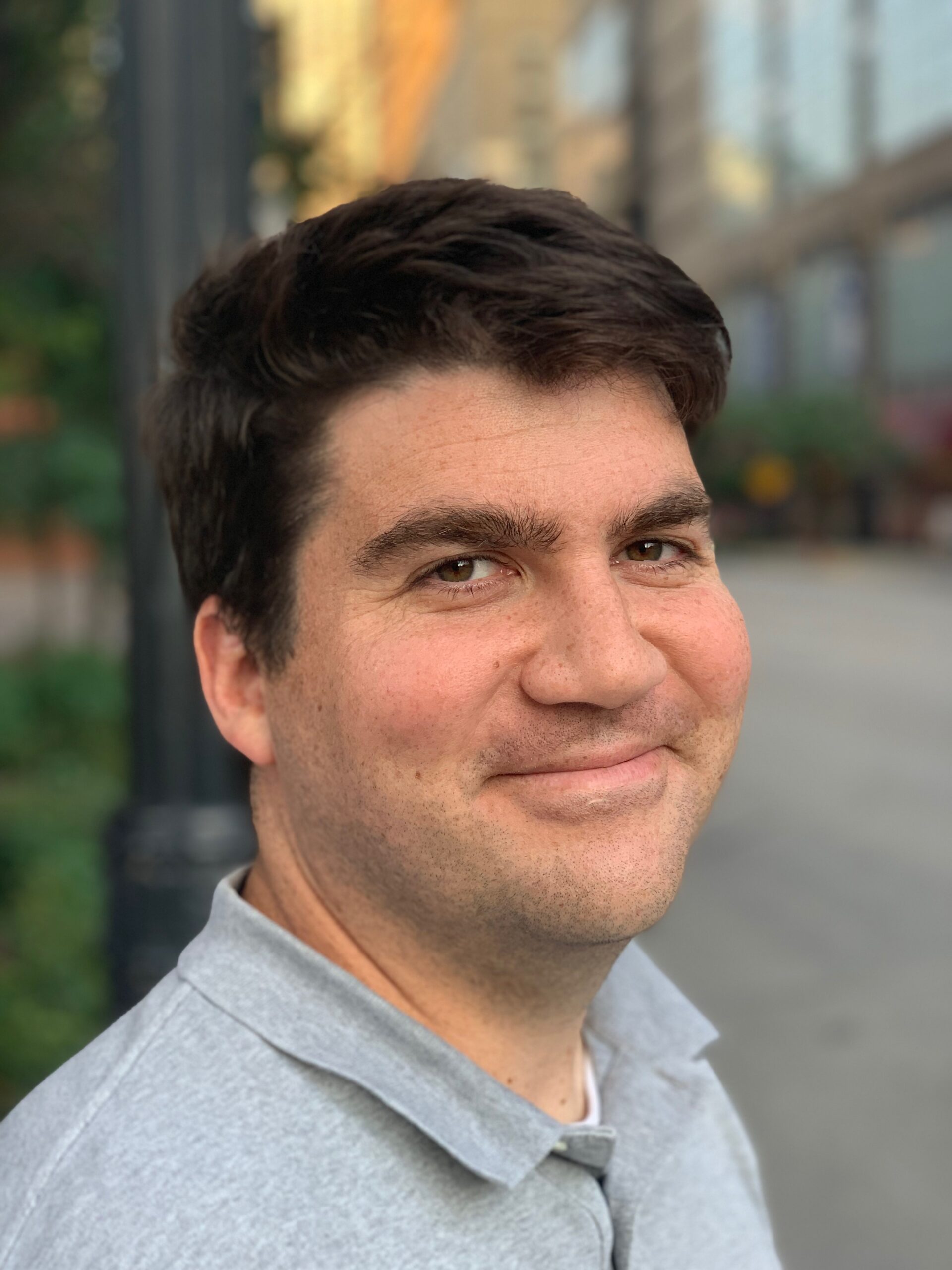 In everything he does, Bill Healy, a freelance journalist based in Chicago, thinks about how he can be of service to the world.

Social justice, giving back, and being part of a community have always been driving forces in his life, attending a Jesuit Catholic high school in downtown Chicago and Georgetown University, a Jesuit Catholic institution.

It makes sense, then, that Healy wanted to carry on this service philosophy in the work he pursued after graduation.

As he searched for ways to serve the world, he taught fifth grade for two years as part of a volunteer program. “I loved some aspects of being an elementary school teacher,” he explains. “I loved the interactions and creativity. I was drawn to the stories they told about their lives. Bringing those stories into the classroom was big for me.” Along the way, however, he realized that classroom management wasn’t his forte.

So he reevaluated his path and decided he could best serve others by focusing on something he was passionate about. Drawing on his natural curiosity, he decided to attend Northwestern’s Medill School of Journalism and landed an internship at Chicago NPR radio affiliate WBEZ, where he had a chance to take on important issues like homelessness, drug addiction, criminal justice, and education.

Today, he produces StoryCorps for WBEZ: a program with a mission to preserve and share stories and conversations that reveal the wisdom, courage, and poetry found in everyday people.

“There seems to be an appetite for nuance and exploring depths with emotion,” says Healy. “We produced a story about two strangers in their 70s who became roommates to reduce loneliness—and that allowed each of them to blossom. Those kinds of things may not make for great television, but they work beautifully on radio.”

As his career developed, he was asked in 2014 to teach audio reporting and production at Northwestern’s Medill School of Journalism. “This opportunity combines all the things I loved about teaching elementary school and reinforces a lot of what I learned in the classroom and through doing.”

“I jumped at the chance. Documentary radio isn’t just hour-long informative stories,” explains Healy. “It’s about taking real life and turning it into parables and stories with meaning—using sound to tell true stories.”

With his journalism background, he brings a unique view to his classes, which go beyond the technical aspects of sound editing to focus on things like interviewing skills and relationship building. “A lot of students in the program haven’t had exposure to that, but it’s an important part of capturing the story.”

During his 10-week class, students dissect radio documentaries and learn from other practitioners in the field. Knowing that he only brings one particular worldview, Healy also invites other voices into the classroom for inspiration: sound professionals with connections to Northwestern—many of whom are former students.

The lessons Healy’s students learn culminate in the creation of a 5- to 10-minute audio documentary, refined based on feedback from Healy and classmates.

“We discuss the process of whittling something down: pinpointing the less-interesting parts and emphasizing parts that are clear and powerful. It requires patience, diligence, and willingness to radically alter a piece from week to week just to see what will work best. We learn more about each other and why we all want to do the type of work we do.”