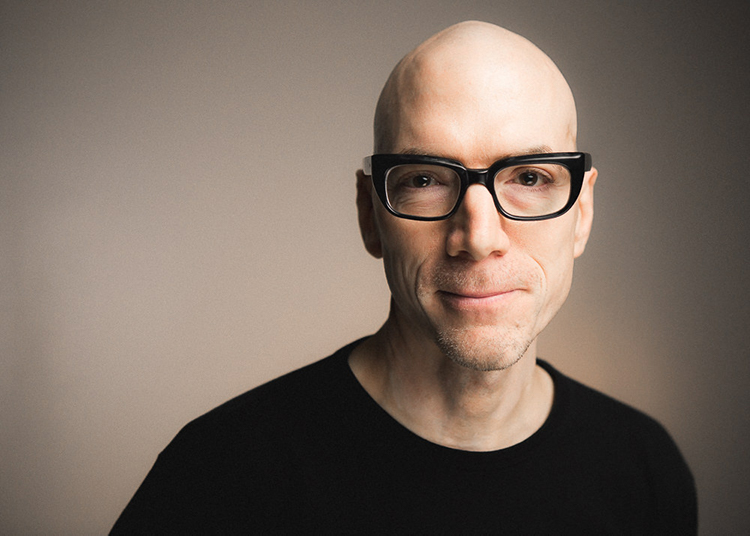 Every December, countless lists, articles and reviews recount the people, places, things and moments that defined the year. A few weeks into 2017, we talked to David Tolchinsky, Radio-TV-Film Department chair and core faculty member in the MA in Sound Arts and Industries program, about 2016’s sonic highlights in television and film and how they shaped the year.

“Arrival is all about using our skills as sound designers and editors to create a language for an alien species,” Tolchinsky said. “As a sound person, I was thinking about whether they were slowing sounds down, adding animal sounds or what.”

Arrival’s ability to create an alien language that sounded foreign, yet recognizable, and believable enough to captivate a human audience made it one of Tolchinsky’s top picks for the year.  He says he loves the low rumbly sounds and high “whale-like” calls of the alien language. When the music picks up on those sounds, the elements of the soundtrack are in conversation with one another (which is the theme of the movie – how can we communicate with aliens when we speak such different languages?).

A fan favorite and callback to cult ‘80s classics, Netflix’s Stranger Things was nostalgic in more ways than one. The first season of the series, about a group of boys attempting to rescue their friend from the monsters in the Upside Down, burst onto the scene – and into hearts of TV lovers everywhere – late last summer.

Stanger Things had the typical horror flick tropes – the scary sounds of the monsters and the unknown. But for Tolchinsky, it was the show’s ability to establish that sense of nostalgia – mainly using a key sound tool of the ‘80s, the synthesizer – that made Stranger Things one of his favorite shows of the year.

“It’s about evoking an era for people who remember the film ET,” Tolchinsky said. “You think about TV from that era and what that sounded like, and for them to recreate it, that was really fun.”

Sometimes with sound in film, what we don’t hear is just as important to the story as what we do. Tolchinsky points to the critically-acclaimed film, Moonlight as one of his favorite films of the year and an excellent example of how deleting dialogue or offering out-of-sync dialogue can help create a character’s point of view.

“There’s a lot to dissect – from the music to the soundtrack and targeted moments where there is a lack of sound,” he says.

He applauds the director’s decision to reflect the fragmented and chaotic nature of the main character’s relationship with his mother in the film’s sound design. When she screams at him, he hears silence because from his perspective, what she’s saying is too horrifying.

“We all know what this scene is, and you don’t have to hear it. Instead you can just absorb this scene,” Tolchinsky said. “If there’s something we can assume, there’s no need to write it. And it may be more powerful for us to actively have to fill in the sound for ourselves.”

One of the most popular shows on TV, Game of Thrones, isn’t typically touted for its subtlety, but Tolchinsky says it’s precisely the producers’ decision use quiet sounds that makes the show a hit.

“We’re used to hearing big sounds – orchestral music, battle sounds, screaming dragons, sounds that underscore the monumental scope of the show, so when the sound designers make choices to include ‘small’ sounds – no music, or only a few sounds – it suddenly shifts the scope from huge to disturbingly intimate.”

Tolchinsky points to episode nine of the series’ sixth season, “The Battle of the Bastards,” which aired in June.

“When Ramsay Bolton is torn apart by his own dogs, it’s so intimate, so quiet, barely any sound… and then there’s sniffing, a sudden bite, then ferocious biting and barking and screaming.”

That drastic shift in sound and others like it in the show, is what Tolchinsky says helps make Game of Thrones one of television’s best.

“The change in scale – in the visuals but also in the sound – makes the ending even more effective,” he says. “It’s the opposite of what we’ve come to expect from the show. It’s 180 degrees in the other direction. It’s exciting.”

Fiction wasn’t the only thing that kept us entertained in 2016. There was plenty of real-life drama that played out on the big (and small) screen last year. We couldn’t recap 2016 without mentioning the phenomenon that defined the year: the presidential election. From debate cackles and sniffles heard around the world to First Lady Michelle Obama’s plea to “go high when they go low,” sounds from the campaign trail also played a role in producing the soundtrack of 2016.

And if the first few weeks of 2017 are any indication, it may be a form of communication with a sound moniker – the Tweet – that will speak volumes in the year to come.

In addition to his work at the university, Tolchinsky is a screenwriter/playwright, sound designer, curator and producer. Learn more about his work and watch his feature film, Girl, on iTunes and Amazon Instant.