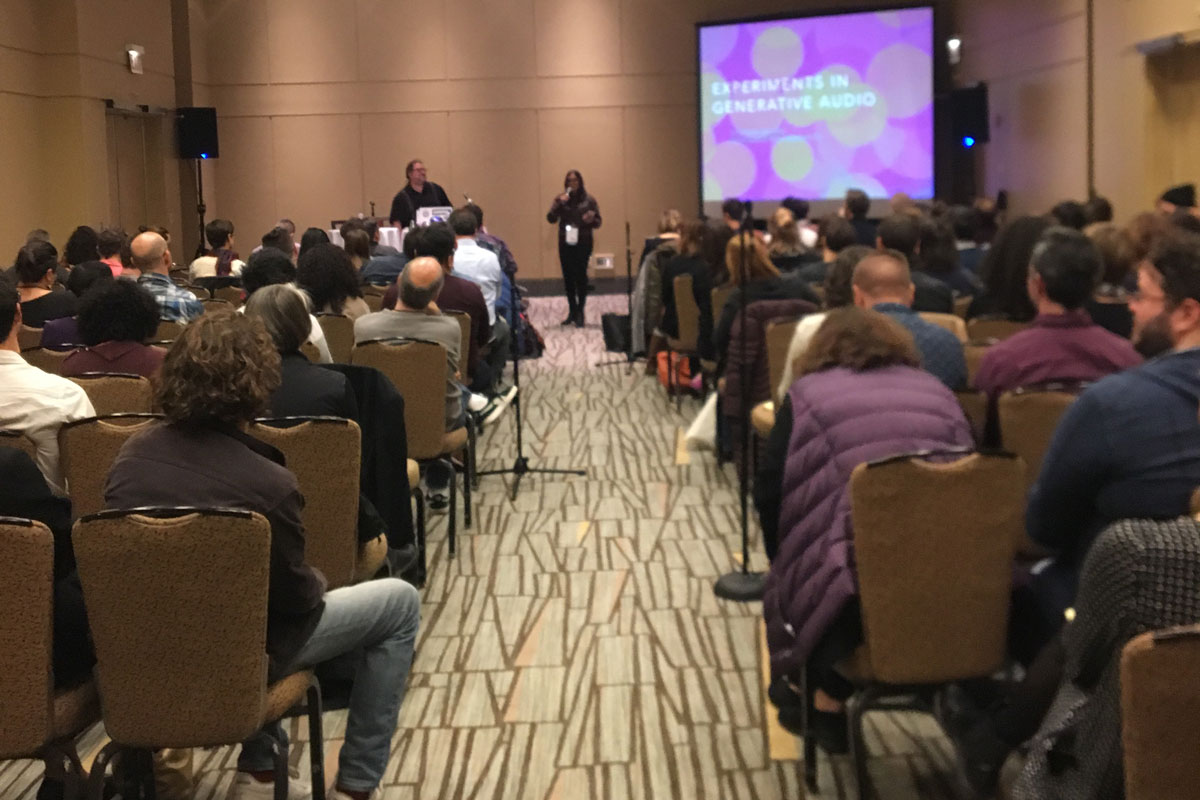 The Third Coast International Audio Festival was held in Chicago November 9-11. The weekend came on the heels of two weeks of live, on-stage podcasts in venues across the city. The festival brought together radio producers, podcasters, journalists, documentarians, audio artists and students to listen to each other’s work, share ideas and connect. The 2017 Richard H. Driehaus Foundation Competition winners were also named.

This annual competition looks for the best audio stories produced worldwide, and judges include prominent members of the public radio community. Since 2001, the competition has celebrated more than 130 stories from seven countries and four continents. Winners are announced weeks before the fest, though the announcement of who won in each category is reserved for the weekend of the festival.

We caught up with Northwestern Professor and Sound Arts and Industries Associate Director Neil Verma to get his take on the winners.

“The focus is primarily on documentary,” Verma says. “They’re audio documentaries from around the world.”

This year’s winner of the competition’s highest honor, the RHDF Best Documentary: Gold Award, was “The Traffic Stop,” detailing the night in July 2016 when Philando Castile was pulled over and then fatally shot by Officer Jeronimo Yanez. The piece was produced for the “74 Seconds” podcast from Minnesota Public Radio and American Public Media.

Asked why he thinks “The Traffic Stop” took home the gold this year, Verma says the piece demonstrated three principles: it was socially committed and it featured raw tape and standout editing.

“Being socially committed is important in public radio,” he says. “There is also power in having raw tape. There are a lot of things going on in that piece, but hearing the scream at the end – that’s incredible.”

Seventy-four seconds references the amount of time between Yanez’s police lights going on and the firing of the fatal shots.

“The way they put together the 74 seconds – from the lights of the police car until when Castile was killed – the tape that we have along with their narration and the words of the DA, they put together a compelling and clear idea of what that moment was like,” Verma adds.

Though the RHDF Competition doesn’t have a specific theme, Verma says there are some common threads among this year’s winners.

“A lot of them have a pretty interesting feature: they don’t quite announce what they’re about,” Verma says. “They’re slow-burn pieces.”

Among the winners was “S-Town,” the binge-worthy series from the team behind “Serial” and “This American Life,” which took home the Directors’ Choice Award. The seven-part series starts out as an investigation, but quickly turns into an examination of one man – John B. McLemore.

“‘S-Town,’ ‘Blink Once for Yes,’ ‘The Discussion’ – there are quite a few that gradually build and really get into what the piece is about,” Verma says.

This is a trend Verma says strays from more traditional radio.

“In traditional radio, you would do what’s called ‘sign-posting,’” Verma explains. “It’s priming the listener. But it seems like that’s changing.”

Unlike other podcasts or radio stories listeners may have enjoyed passively, Verma says the Driehaus winners require more attention.

“Not the kind of audio you listen to on the treadmill,” Verma says. “I found myself having to stop and take a moment to think and process once it was done.”

While the winners varied greatly in subject matter, many of them did share a first-person perspective. From “Emancipation: A Young Man Leaves Foster Care on His Own Terms” to “Standing Out From the Crowd at a Trump Rally,” about a Sri Lankan reporter following the Trump campaign, to “Majd’s Diary: Two Years in the Life of a Saudi Girl,” many of this year’s winners shared a unique and personal perspective.

“Third Coast is always mindful about showcasing new voices,” Verma says. “They’re not necessarily these strong, sprawling stories, but they make you feel like you understand someone’s story.”