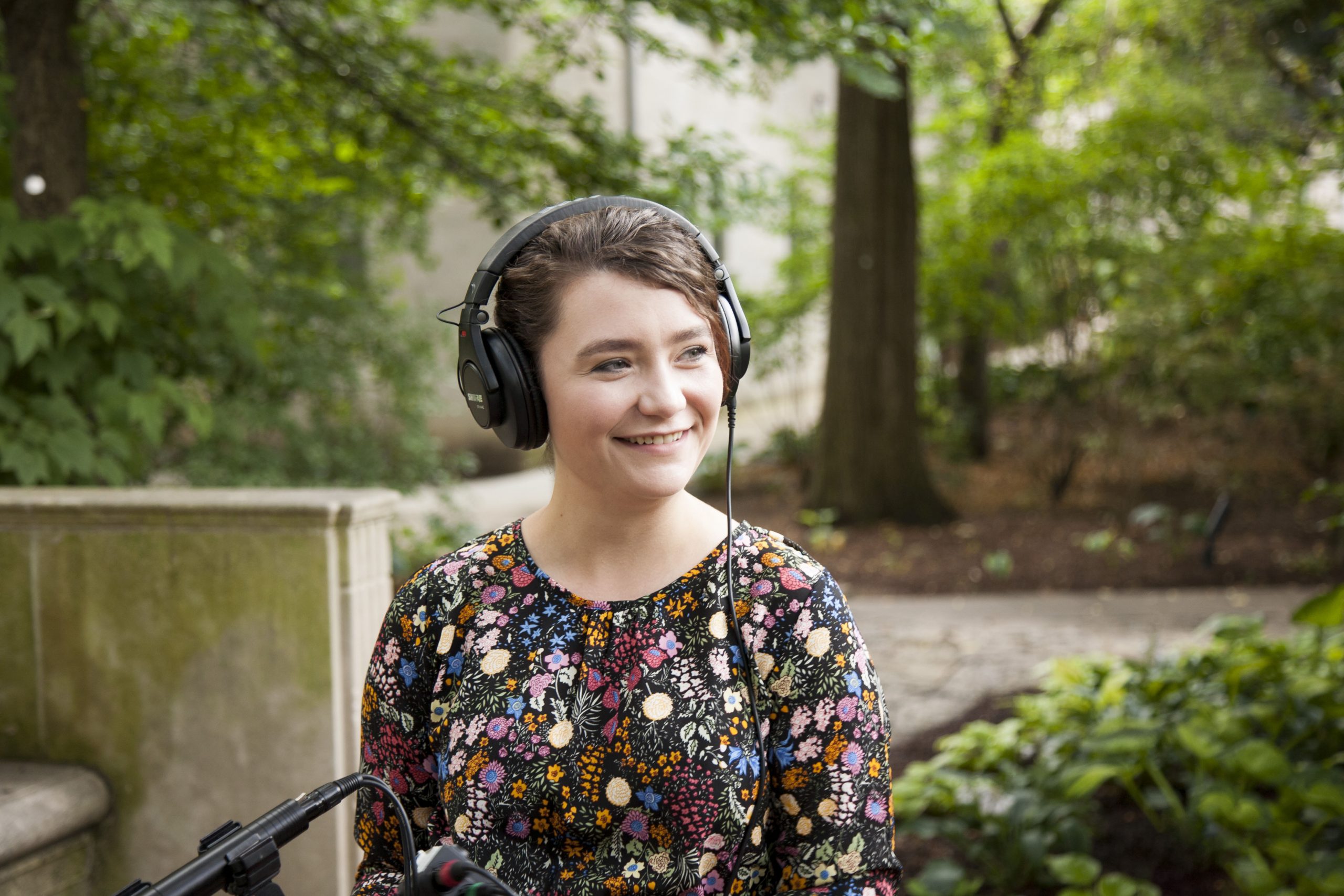 As students, faculty, and staff navigate this 231-acre campus, most don’t stop to think about what took place here before 1851—the year Northwestern University was founded.

Unbeknownst to many, Northwestern sits on the traditional homeland of several Native tribes and is situated near an urban Native American community in Chicago and several Midwest tribes. Many Indigenous peoples still live in the Evanston and Chicago areas.

To honor and celebrate them and the communities that originally called this area home (and still do), interns Sarah Espinoza ’19 and Jeffrey Gardner ’19 brought these stories and tribes to the forefront through a virtual reality experience: the Indigenous Tour.

Led by professors Patty Loew and Stephan Moore, who received the 2019 Daniel I. Linzer Grant for Innovation in Diversity and Equity that made this project possible, Medill School of Journalism students spent an academic quarter conducting oral interviews and reviewing old newspapers and reports to uncover the stories of this Native land.

Espinoza and Gardner then took over the following quarter, creating audio and video components to bring the Indigenous Tour to life.

The app was unveiled for the first time on Monday, Oct. 14, 2019, in conjunction with Indigenous Peoples Day. Users can slip on their headphones and take a self-guided tour along a specific campus route as they’re guided by their smartphones.

Based on GPS location, the soundscapes, audio clips, and narration created by Espinoza and Gardner provide insight into the history and lives of indigenous peoples in the area. Historical documents and video clips are also accessible as participants navigate through the experience.

“The Indigenous Tour is a fun way to get out and see a different part of Northwestern that isn’t typically the face of our university,” says Espinoza. “We’re telling diverse stories of people who aren’t normally in the media or well represented. This is a huge step forward in drawing attention to a diverse community by sharing the amazing stories we learned.”

As students in Moore’s Virtual Audio Production class, Espinoza and Gardner were first exposed to the concept of app building through lessons on programming, sound, ambisonics, and virtual reality.

Over the summer, they used what they learned to pare research down into sound bites. Functioning as sound producers and designers, the two compiled and edited interviews, wrote narration scripts, and uncovered ways to connect students, staff, and visitors to Native American and indigenous groups. The result of their work is a series of two- to three-minute stories—one for each of the tour’s 14 stops.

Although the project wrapped up in October, Espinoza and Gardner agree that the experience is one they’ll always carry with them.

For Espinoza, it reaffirmed what she already knew: That she loves the field she chose and wants to create more diversity in terms of the projects she works on. Working as a freelance theatrical sound designer in sci-fi and horror, she’s also confident that her work on the Indigenous Tour will prove to future employers and clients that she can take on meaningful educational projects.

Gardner, who runs a sound narrative consultancy, is excited to incorporate what they learned about apps and walking tours into upcoming projects that involve narration and storytelling.

To encourage community members to interact with the Indigenous Tour, Loew and Jennifer Michals, a program assistant at the Center for Native American and Indigenous Research, created lesson plans and a teacher’s guide that Evanston schools can use if they want to bring students to Northwestern to learn about these stories and tribes.

“A tremendous amount of American history about indigenous peoples isn’t shared,” says Gardner, “and this is a really good start at making up for that. I hope we inspire people to say, ‘This is valuable history that needs to be taught.’ ”