Stretching the Boundaries of Music with Animal Communication

Chris Mercer, a Northwestern lecturer, remembers growing up knee-deep in records and music—in part because his father worked at electronics stores. 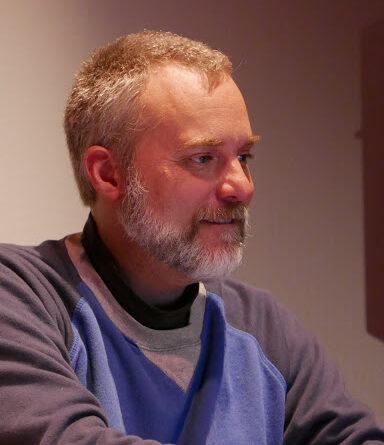 As he earned degrees in composition from the University of North Carolina School of the Arts (a BM in 1995) and University of California San Diego (a PhD in 2003), Mercer’s interests started to lean toward the electronic side of music.

“Audio and music have always been the same to me,” he explains. “My interest in music continually came from recorded media, making records, and using synthesizers. I don’t remember not being into that.”

He continues to play instruments and compose as well: using live electronics, modified conventional instruments, found objects, and instruments of his own design. His most recent work—an album titled Animal Communication Works—is the culmination of seven years of research on animal communication and vocalization.

“I became interested in creating this album by way of evolution,” he explains. “I was interested in natural selection and looking for ways to musicalize that idea. I also found the sounds themselves really compelling.” 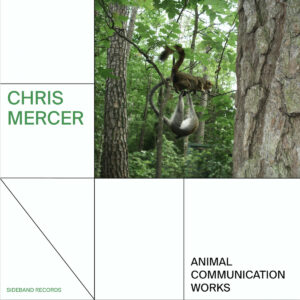 The album highlights the wide range of calls and sounds of many animals, including lemurs—a choice Mercer made after discovering that they have a larger call repertoire than many other primates. His work also incorporates sounds of cicadas, pigs, dogs, monkeys, and even humans.

Mercer experiments with creature design as part of Animal Communication Works as well, inventing animals and producing sounds that illustrate their suggested physiology and behavior. He also incorporates sounds from homemade instruments and found objects, including representations of crickets, bullfrogs, and alligators.

Creating this album was a completely different experience as compared to the other type of music he creates (such as radio-friendly popular music). “They’re almost different art forms,” Mercer says. “It raises some real questions about what we even count as music, but I experience these sounds as music with flow, tempo, and harmony. It’s at the experimental extreme of what I do.”

Although popular songwriting has certain expectations (if you go too far, it may not be considered a song, for example), this album allowed him to go beyond those boundaries. “Spending hours trying to think of a good rhyme is a different kind of cognition than trying to figure out how one lemur sound goes with another lemur sound.”

He says the album required lots of planning, with rough outlines created for each piece. From there, he started to bring his vision to life, modifying along the way based on rhythm and pacing. “You know you’ve got it when the pacing feels right, and information gets conveyed clearly,” he says.

In a way, Mercer likens the process of creating this album to producing sound design for films—except there isn’t a picture to accompany what you hear. “It’s like sonic creature design, but it’s not there to support something,” he explains. “It’s about those sounds and the relationships between them.”

Now that Animal Communication Works is complete, Mercer’s sights have shifted to a surrealist art rock album called Antihistamine. He’s also working on a comedy podcast with his podcast partner, Ryan Brady, after their success with Take it Away (a recent Paul McCartney podcast).

He also hopes to return to more animal communication research in the future. “When I go outside and hear animals now, I have a good sense of what they’re up to,” he explains. “I’ll always hear animal sounds differently. There’s an undercurrent of life or death, shaped by millions of years of interaction. I want to return to that research to learn more.”