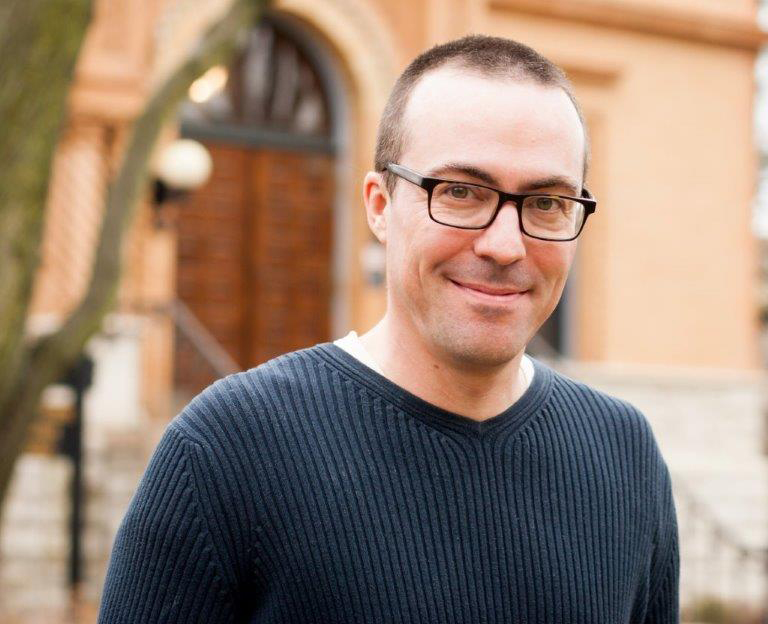 This spring, students in the Sound Arts and Industries program will have the opportunity to take a new course, Sound for Animation. The course’s professor, Eric Patrick, is a veteran of the animation industry. Patrick’s animation and other works have received several accolades including a Peabody Award, a Guggenheim Fellowship, multiple film festival awards and several Emmy nominations.

Asked how he got his start in sound, Patrick says it all began with music. “I was always a musician,” he says. “Music was always important to me.”

Patrick eventually made the transition to the visual arts, studying studio and media arts in college, which eventually piqued his interest in animation.

“People kept saying, ‘Your work looks cinematic,’” Patrick remembers. “They would make these leading comments, and then I discovered avant-garde filmmakers like Salvador Dali.”

Patrick went on to earn his master’s degree in experimental animation from the California Institute of the Arts, a program started by Disney in the 1970s.

“As I picked up skills, I realized there was a great need for people to have these skills, and it was lucrative,” Patrick says.

After graduating in 1997, Patrick started working on the popular Nickelodeon children’s program, “Blue’s Clues.” Animation is a field with a complicated, sometimes controversial ethical history, and Patrick says he considers himself lucky to have worked on the show. He remembers the experience and the people fondly.

“Animation is a field with a lot of ugly history, racism and degradation of women,” Patrick says. “I really didn’t want to be a part of that, so I wasn’t sure where I was going to land. When I saw this children’s TV show, I guess I thought, ‘I don’t know if they’re helping kids … but at least it felt like they genuinely had good intentions.”

After his stint at “Blue’s Clues,” Patrick turned to academia and is now an associate professor in Northwestern’s Radio/Television/Film department. He says he is excited to bring his animation experience to Northwestern’s students this semester.

“These students are incredible,” Patrick said. “They have a lot of potential and skills, and they’re coming from all over the map.”

The Sound for Animation course explores various topics, including the different ways sound works in animation as opposed to live-action film.

Students will also learn about scoring for animation, working with sound effects as wells as musical cues. In addition, Patrick says students will learn about the importance of sound in eliciting emotion, even in animated work.

“A lot of people say sound makes up 60 to 70 percent of emotion in animation,” Patrick says. “I’ll have students turn the sound off on shows like ‘The Simpsons’ and see how the sound affects them. You can’t look at [the show] analytically without it.”

As Sound Arts and Industries students move through the program, Patrick says he hopes to equip them with skills for their future career paths, whether that’s in animation or another industry.

“Will they go off and do sound for animation? Beats me. Maybe they will,” Patrick says. “My interest is helping people become artists and designers, and I think that with the skills in hand, they’ll be more successful in whatever they do.”