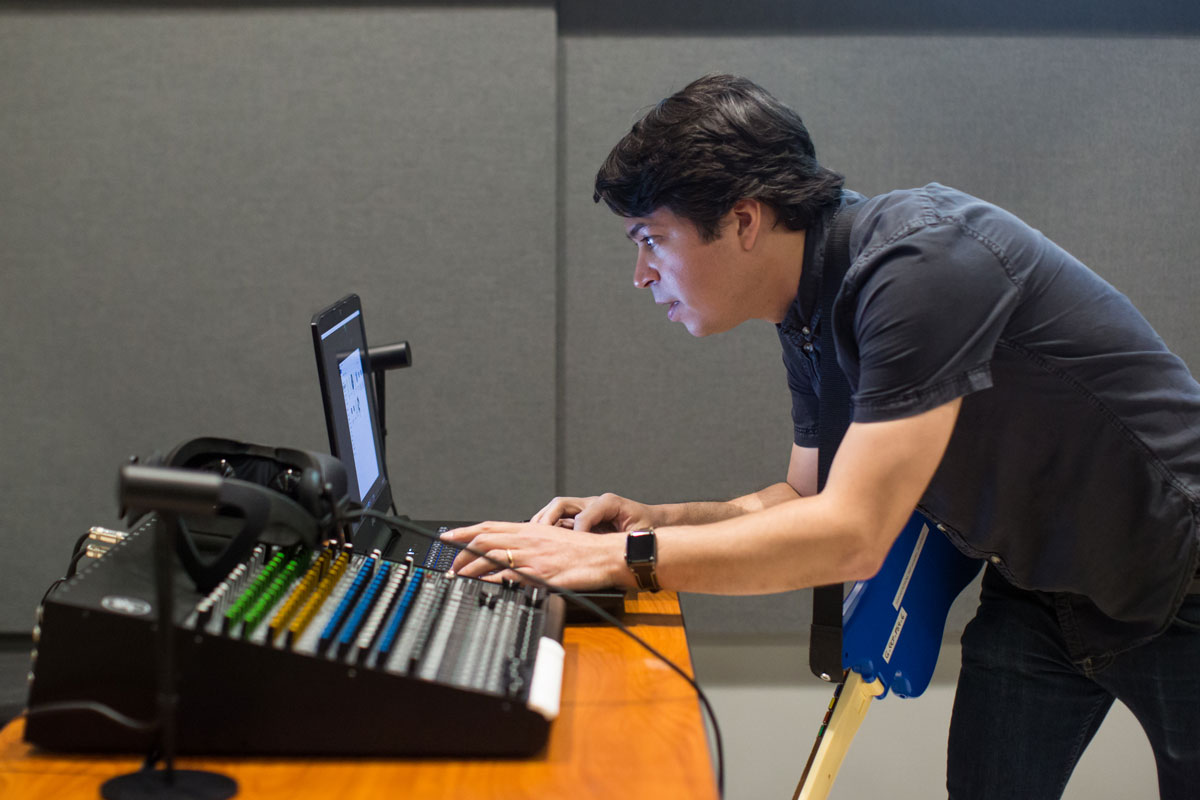 In the last installment of this year’s MA in Sound Arts and Industries EPICS Speaker Series on May 18, students heard from Steve Pardo, a lead composer and sound designer at Harmonix Music Systems.

Based in Boston, MA, Harmonix is one of the world’s leading independent game development studios. The company is responsible for popular franchises like Dance Central and Rock Band.

The Harmonix event, ‘Inventing the Future of Music Gaming’ capped off a year of programming that exposed students to various aspects of the sound industries.

“The goal is to bring together different types of events and perspectives from a variety of areas in the industry to present to our cohort,” says Katherine Lelek, Assistant Director of EPICS. “We did this one because we know students are interested in sound design for games. This is our first time bringing in a speaker with this focus.”

Pardo is a University of Miami graduate, with an undergraduate degree in jazz performance and a master’s in studio jazz writing. Most recently, he was the lead composer on Rock Band VR, a rock and roll simulation game. With a background in music, working at Harmonix has been a dream job for Pardo.

“As an audio person first and foremost, it’s a unique opportunity,” Pardo says. “We have seniority when it comes to the audio and music design. When else does an audio person get to be a deciding factor on design?”

The Harmonix presentation also gave students an opportunity to get their hands on popular Harmonix titles —games were set up in the school’s sound stage, isolation booth and control room.

Pardo’s visit allowed the cohort to interact directly with someone in the music for gaming industry.

He hopes sharing his own experience with students will help them as they navigate the rapidly changing sound field.

“Because there are so many people in this industry, you have to stand out in a crowd,” he says. “It doesn’t necessarily mean just being the best, but having your own voice, too. People aren’t just hiring you because you can do x, y and z, but because you can connect design and vision.”