Rapper and Mentor Add-2 Shares His Music Philosophy with Students 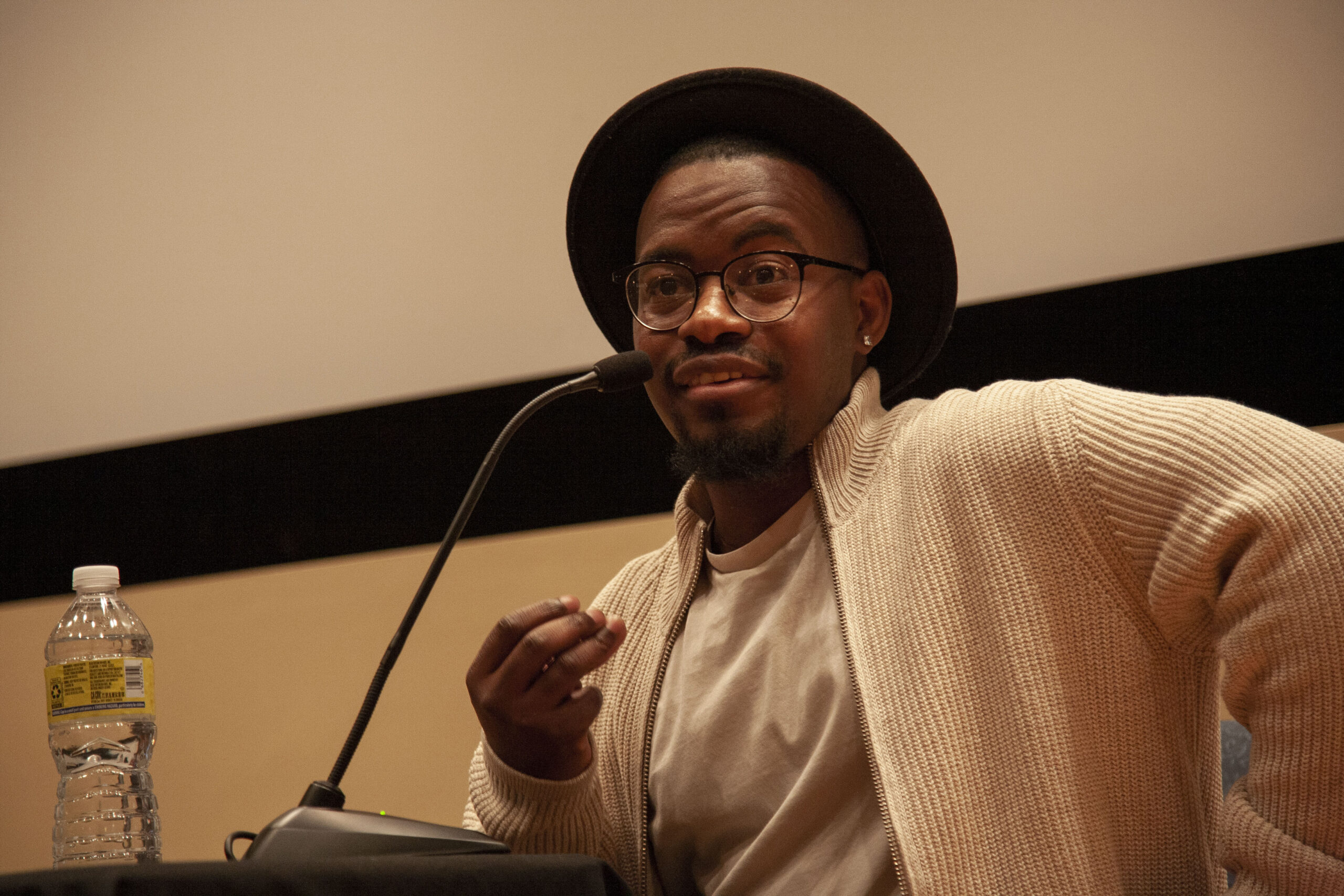 Add-2 (born Andre Djuan Daniels) developed an early love for music. Growing up in Chicago, he listened to his parents’ favorite records and watched lots of MTV, VH1, and The Box, never realizing that music could lead to a possible career.

When he got to high school, a good friend was always encouraging him to rap—and putting him on the spot at the most inopportune times. “We’d be in the lunchroom, on the bus, or talking to a girl, and he’d suddenly say, ‘It’s time to freestyle,’ ” says Add-2. “I started writing down my feelings just so I’d have something to rap about when he did that. It became a form of therapy where I could talk without judgement. I’m 5’4”, and I felt like I needed to be tough. But rap gave me a voice so I didn’t have to be the tough guy. I could be the witty rapper. That’s when I realized I could turn music into a career.”

After graduating, his music gained national attention in 2008 with the release of his second mixtape, A Tale of Two’s City: Volume 2. From there, he went on to work with big names like Kadeem Hardison, Kendrick Lamar, The Roots, and Gerald Walker.

After nearly a decade of writing and performing, Add-2 was ready to give back to the industry and his community in a different way—so he combined his passions for music and mentoring to establish Haven Studios. A free youth studio on Chicago’s South Side, Haven Studios gives teens and young adults the resources and space they need to create.

“They learn how to create videos, learn photography, and do engineering,” he says. “I’ve seen so many lives changed. Young men and women who didn’t have a plan after high school have discovered their journeys here.”

In addition to recording music and opening Haven Studios, Add-2 has also been involved with theater work and served as a rap consultant for Goodman Theatre.

He takes every chance he can to expand his skills, viewing his career as a series of opportunities. His most recent album, Jim Crow: The Musical, is a unique audio adventure that blends a narrative scope with songs that offer valuable life lessons.

After being introduced to Add-2 last year, MA in Sound Arts and Industries Co-Founder and Director Jacob Smith knew this rare combination of performance, composition, production, and mentorship would resonate with students.

Each year, Smith invites industry professionals into his History of the Recording Industry class to share their perspectives. This year, those guests included Grammy-winning mastering engineers, record label executives, and music managers. “Add-2’s interests at the intersection of the music business, the artistry of recording, music education, and community outreach resonate with the 360-degree approach to sound we take at Northwestern,” explains Smith.

In February 2022, Add-2 sat down with students in Smith’s class to discuss his hip-hop journey and the evolution of the artform. They also talked about the impact of Haven Studios on young people in Chicago, as well as the importance of mentoring. From there, students were able to ask their own questions about mentoring styles, the pitfalls of music careers, and the meaning of success in the music industry.

Thank you @NorthwesternU for inviting me to speak to the class 🙏🏾

“Talking to those students was everything I hoped it would be,” says Add-2. “I loved the way the conversation flowed. I’ve always been one taking notes from teachers, and it felt so good to see a teacher and students taking notes from me. Who would’ve thought?”

After achieving his goals as a performer, producer, and composer, Add-2’s focus is now on mentoring and building a musical community to help the next generation achieve their own aspirations. In addition to his work at Haven Studios, he’s also a mentor with Grammy U and the Common Ground Foundation.

“I’m always learning. I want to be a student of life, and mentoring is the reason behind many people’s success,” he explains. “Mentors help you avoid pitfalls because they’ve charted those waters before you.”

Add-2 says there were key people in his life who guided him through his own music career, including two high school teachers who challenged and encouraged him. When he decided to launch Haven Studios, mentors taught him how to run a nonprofit and maintain a business network.

As someone who’s motivated by setting and achieving goals, Add-2 says he’s constantly rearranging his bucket list. Although he has achieved many of his dreams, there’s one he hasn’t crossed off the list yet: He wants to be the first rapper to win the Grammy for Music Educator of the Year.

“Music education is bigger than just institutional education,” he explains. “I’ve seen first-hand how transformative it can be when you give people access to the tools they want and need.”