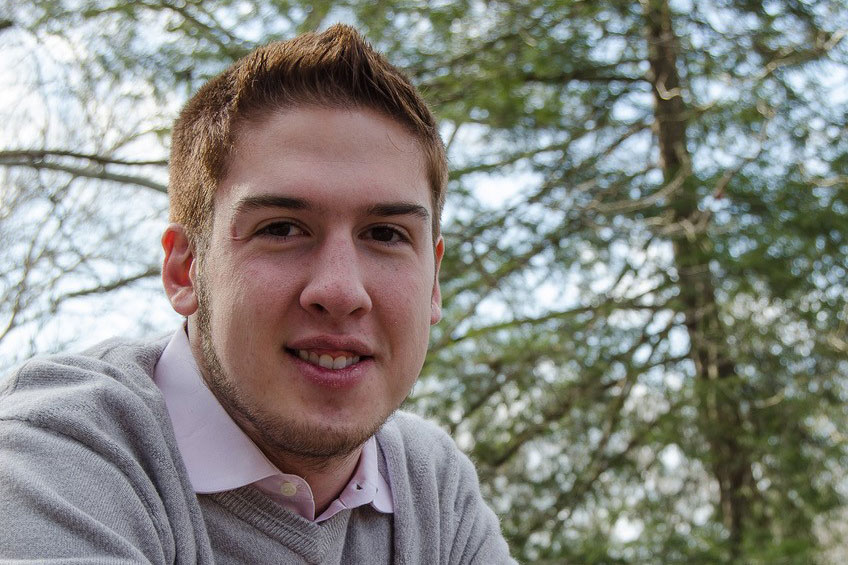 As students and faculty gear up for the second year of Northwestern’s MA in Sound Arts and Industries, we caught up with Conor Lannan, who will begin the program in the fall.

We talked to Conor about his sound interests, what attracted him to the program and what he’s most looking forward to during his first quarter.

Q: Did you always have an interest in pursuing sound as a career?

A: I was in band in high school and always really interested in a career in music. But at the time, I had a limited scope of what I could do with it. It was either teaching or music performance. And I was reluctant to do music performance because of job availability.

Q: Did you study something sound-related during your undergrad?

A: I went to Marshall University in 2011 and studied music education. I just graduated this past May.

Q: When did you decide you wanted to pursue a master’s degree?

A: It was kind of a crazy ride. At the beginning of my junior year, I knew I wanted to get a master’s immediately after undergrad. Originally, I was still interested in music performance, so I went to tour a few schools with that in mind. I quickly realized that performance wasn’t something I wanted to do. At the beginning of my senior year, I found the Northwestern program and started seriously considering it.

Q: What attracted you to the Northwestern program?

A: There were schools that had similar programs, but what I liked most about Northwestern was that the program requires you to have an internship at the end. And they help you to find an internship if you don’t know where to look. There’s only so much you can learn in the classroom.

The other thing was the electives. Northwestern offers a ton of electives in addition to the seminar classes – sound for documentary, sound for narrative film, podcasting – there’s a variety to help you narrow down the field you want to work in. You can really hone in on what you want to pursue.

Q: Other than the access to internships and help from advisors, Northwestern also offers access to state-of-the-art sound equipment. How do you think that will help shape your experience in the program?

A: When I first took a tour of Northwestern, they showed me the different recording studios. Marshall had that, but on a smaller scale. It’s amazing to be in the recording space. This is very expensive equipment we would never be able to afford by ourselves, so it’s nice to have it in the school.

Q: Chicago is a great place for sound in general. Did that impact your decision to come to Northwestern?

A: Yes. Northwestern is connected enough in the area that they can reach out to locals for speakers and tours, and they have the tech you need to do sound projects. I was impressed with the idea of community members and employees of local companies coming to talk to us.

Q: As of right now, what do you think you’ll want to pursue in the sound industries?

A: The main direction I want to go is music for film. I’m also interested in TV broadcasting. I’m looking forward to taking that first round of electives to see if it’s a good fit for me.

Q: What are you looking forward to as the quarter draws closer?

A: Other than the electives and getting to focus on my career, I’m also excited to get to know the other students in my class. I’ve met a couple of them already during an accepted students day.

Q: You’ve already moved to Chicago for school. What has the transition been like coming from Charleston, West Virginia?

A: It’s definitely been very different. There was a little bit of culture shock when I got here. I really enjoy the variety of stuff to do and the increased amount of opportunities and ideas in a city center like Chicago. There was a some of that in West Virginia, but nothing compares to what it’s like here.