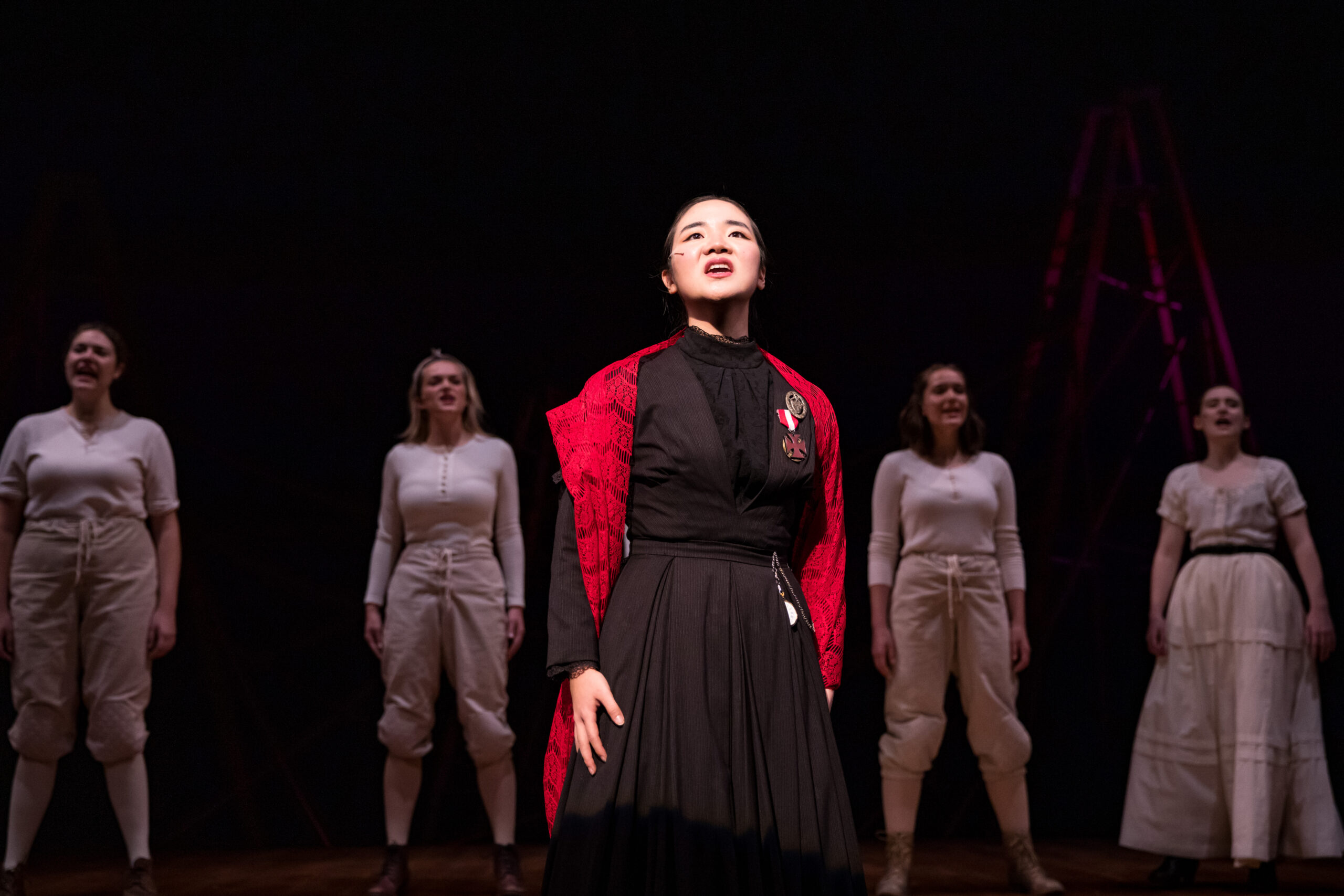 Photo by Justin Barbin, Wirtz Center for the Performing Arts

Kelvin Boddie ’22 always knew that music would be part of his life. He grew up playing several musical instruments—but, as he watched himself quickly grow tired of each one, he decided to find other ways to experience sound.

When he moved from his home state of Ohio to earn his undergraduate degree at the University of Chicago, he also started to DJ. There, he met a lifelong friend who later went on to work at Northwestern and earn an MA in Sound Arts and Industries. This connection is how Boddie first learned about the master’s program.

While working full-time as an academic advisor at the University of Chicago, Boddie is now earning his own MA in Sound Arts and Industries.

“Ever since I graduated in 2009, I’ve been working in education,” he explains. “The other side of my life has been DJing, music, and production. These two sides of the coin are both me. My goal is to merge the two to engage students. I know I don’t have to be a teacher to work with students and give them tools to build their lives, be successful, be themselves, and be happy.”

That’s one part of the master’s program he found most attractive: He knew it would give him the credibility he needed to teach, work with, or engage with students in production, theater, and sound.

He also appreciates the program’s ability to provide unique hands-on opportunities he wouldn’t get anywhere else—like his recent role in live theater.

This fall, Northwestern University’s Virginia Wadsworth Wirtz Center for the Performing Arts put on a three-night production of The Battlefields of Clara Barton in partnership with the American Music Theatre Project. It was the first time Northwestern students would perform in front of a live audience since COVID-19.

Because sound was crucial to making the production a success, Boddie was asked to serve as sound designer and engineer. Working with foley artist and designer Ele Matelan, his job was to make sure timing, sound, and foley were on point each night. “It involved things like catching different sound effects and using the right microphone at the right time,” he says. During war scenes, for example, using microphones to create reverb and echo helped reinforce the sound of cannon fire.

“The work involved lots of sound mixing and handling the flow of things as they came up in the moment,” he explains. “This was my first time working in theater, but I always try to take as many opportunities as I can to expand on my skillset.”

From the terminology to following a script, Boddie learned new skills as he went. Thanks to his experience with live mixing and timing, some of the work came naturally. He was also able to use concepts he learned during the first year of his master’s program. For example, he applied skills he built during an Introduction to Sound Production class to equalize and balance orchestra instruments.

Because the productions were live, and each of the performances would be different, Boddie anticipated changes—from the music and the acting to the scene changes.

After each performance, the creative team asked for audience reactions to refine the piece prior to its ultimate premiere on the final night. “There were things we’d learn from Friday’s show that we could apply to Saturday in terms of how I mixed, as well as interpreting small differences in how the performance was going,” he says. “It was an amazing experience. From the cast and orchestra to the crew, everyone came together.”

He also learned some important lessons as part of the team—including the value of doing programming prework. “There’s lots of mixer programming that goes into these performances. You set each scene and have individual volume controls for different parts of what’s happening on stage. You can do grouping to make things easier so you’re not mixing every single part in the moment. Coming from the DJ world, I didn’t know that until now.”

For this production—because it was a method he was already familiar with—he mixed everything in the moment by hand. In the future, however, he plans to apply the grouping method he learned during the production.

But perhaps the best part of the experience for Boddie was getting to work with other Northwestern MFA and undergraduate students and building a connection between sound arts and theater. “It just really makes sense, and I hope it continues in the future. Seeing our students perform and rehearse was a ‘wow’ experience,” he says. “This shows the types of new opportunities that the Sound Arts and Industries program and the Department of Theatre are creating.”