It was mid-March when MA in Sound Arts and Industries faculty got the call: All classes would be moving online for the foreseeable future.

“It happened almost overnight,” says Lecturer Calum Walter. “It dawned on everyone pretty quickly that life and teaching were going to change dramatically. We had to think through our classes in a different way and consider not whether it could happen, but how it would happen.”

When the shift to remote learning first began, students in his Film Sound 3: Surround course were getting ready to examine the use of multiple channels beyond stereo for art, installation, and theatrical film sound design. To do this, Walter had planned to use an on-campus sound stage and studio for mixing in surround sound.

With the quick transition to online learning, however, he had to temporarily adjust curriculum away from hands-on work and instead find ways to fill classroom time with something equally as significant, compelling, and useful.

The first few days were rocky for everyone as students and faculty got up to speed with new technology and online interactions.

“Right away, we addressed the elephant in the room,” says Walter. “We talked about how strange things were and how much the class had changed from what students likely envisioned.”

From there, however, it was onward and upward: troubleshooting remotely with students as they worked on projects, finding workarounds to the equipment they were missing, and getting used to being together virtually. 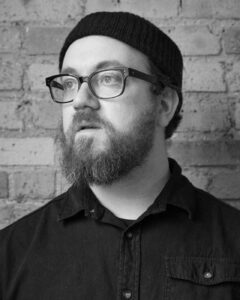 Instructor Alex Inglizian, who’s teaching his first-ever Sound Synthesis class, says one of the hardest things to overcome in a remote learning environment—especially in a sound program—has been how students are listening.

When it comes to training ears to the subtleties of sound—paying attention to timbre, texture, and dynamics during mixing—it’s a challenge when students aren’t together using the same piece of audio equipment.

“Some students listen through their laptop speakers. Some are on headphones. Some people may have a Bluetooth speaker or even a studio setup,” Inglizian says. “It’s this variation of listening quality that makes things difficult. Everyone hears something slightly different.”

Although remote learning has posed definite challenges, it has also spurred opportunities for new ways to collaborate.

Inglizian took an exquisite-corpse approach to a class sound project, collectively assembling sound snippets from students one at a time. They each got to hear only a small part of the previous student’s contribution before creating their own. Once each student had a chance to participate, the final piece was revealed. 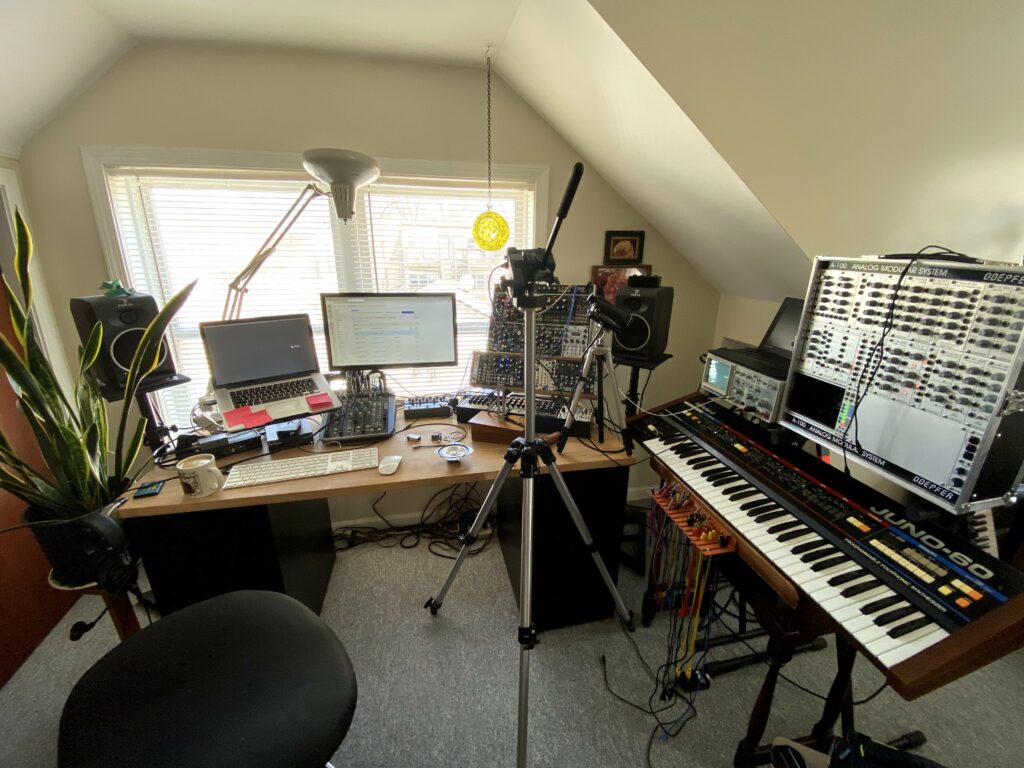 He also found software equivalents for much of the hardware he hoped to introduce in his Sound Synthesis class (like the new modular synthesizer he wanted students to use to create electronic sounds).

“Although we weren’t going to have access to this important piece of equipment at the core of what students were learning, I’ve discovered that moving some of this technology into the virtual realm can work,” says Inglizian. “I wouldn’t have thought about some of these concepts if we were meeting in person. We’re shifting approaches and coming up with cool ideas to fit this temporary format.”

For Walter, the online learning platform has worked well for software demonstrations and walking students through technical processes. Via screensharing, each student can see on their own devices exactly what steps he’s taking.

“I love the dynamic of a real classroom, with everyone being in the same space and responding to ideas and discussions,” says Walter. “All of a sudden, we were in a very alien version of that. But it’s working because the students are helping make it work. They’re showing up to class and trying to stay engaged while the world is in this chaotic state. It’s not a perfect substitute for the kind of teaching we do, but we’re finding ways to make it work.”