Northwestern’s Own Participate in The Chicago Sound Show 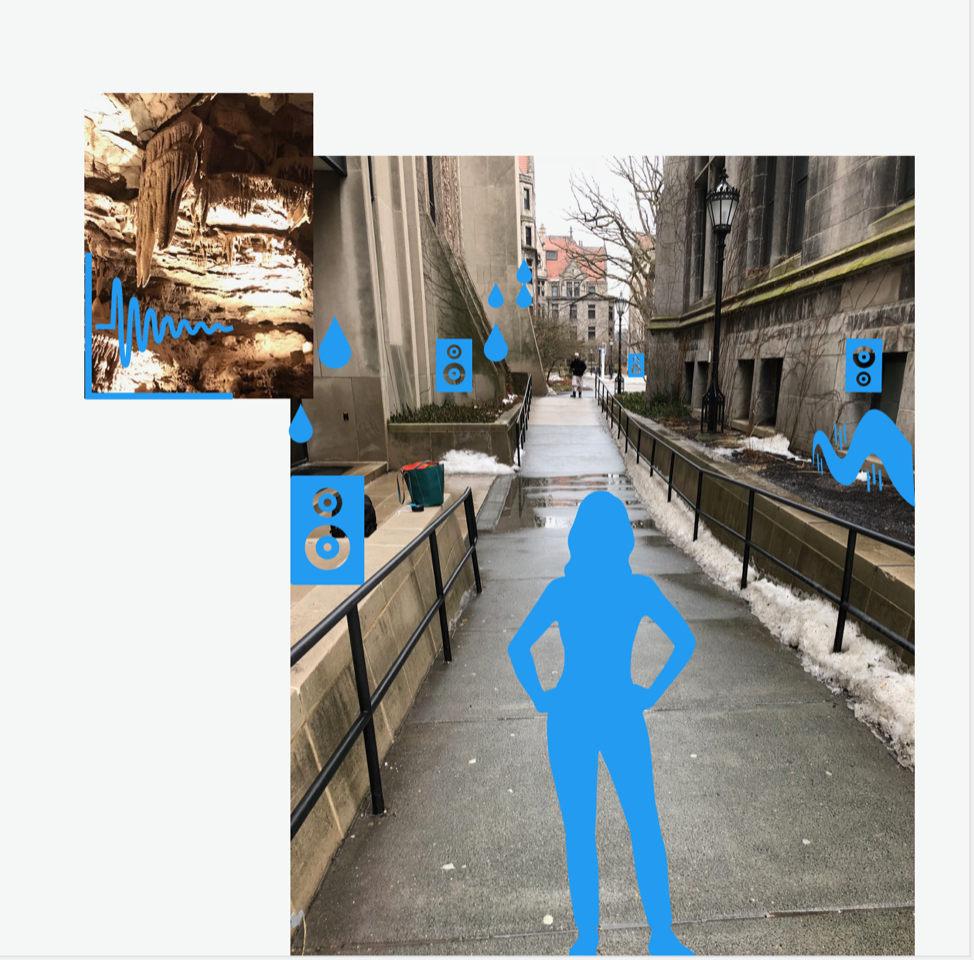 Right now—thanks to the Smart Museum of Art—the University of Chicago’s outdoor passageways, common areas, and corridors have been transformed into exhibit space for The Chicago Sound Show, where passersby can connect and interact with found sound, meditative human voice, acoustic archaeology, and more.

Featuring nine pieces created by nine Chicago sound artists—three with Northwestern Sound Arts and Industries ties—the work is inspired and influenced by the spaces in which it’s installed.

“Museums and curators are starting to recognize sound as a medium just like visual arts, such as painting and sculpture,” says Olivia Block, who teaches a Sound Arts and Industries course called Creative Uses of Field, Found, and Archival Recordings. “Sound is its own kind of language and medium.”

The Chicago Sound Show conveys how sound interacts with the built environment and is open to anyone. Even people who are on campus every day will hear something different, which Block says will help them experience their surroundings differently.

“One of the keys when creating was to think about how sound interacts with the campus architecture,” says Andy Slater ’20. “It involves introducing a sound into a space where that sound usually isn’t—and giving someone the chance to listen to it in a creative way or for what it is as opposed to what it does.”

As his vision began to decline, Slater moved to Chicago to study sound as an undergraduate at the School of the Art Institute of Chicago. After he could no longer see to draw and paint, he discovered the world of non-musical composition.

“There are sounds on campus that you either tune out or don’t realize are there,” he says. “But when you lose your vision, you use hearing for safety, navigation, and troubleshooting. I’m always listening.” He often uses sounds as landmarks while he navigates, such as the vents and air handlers people walk by every day on campus. 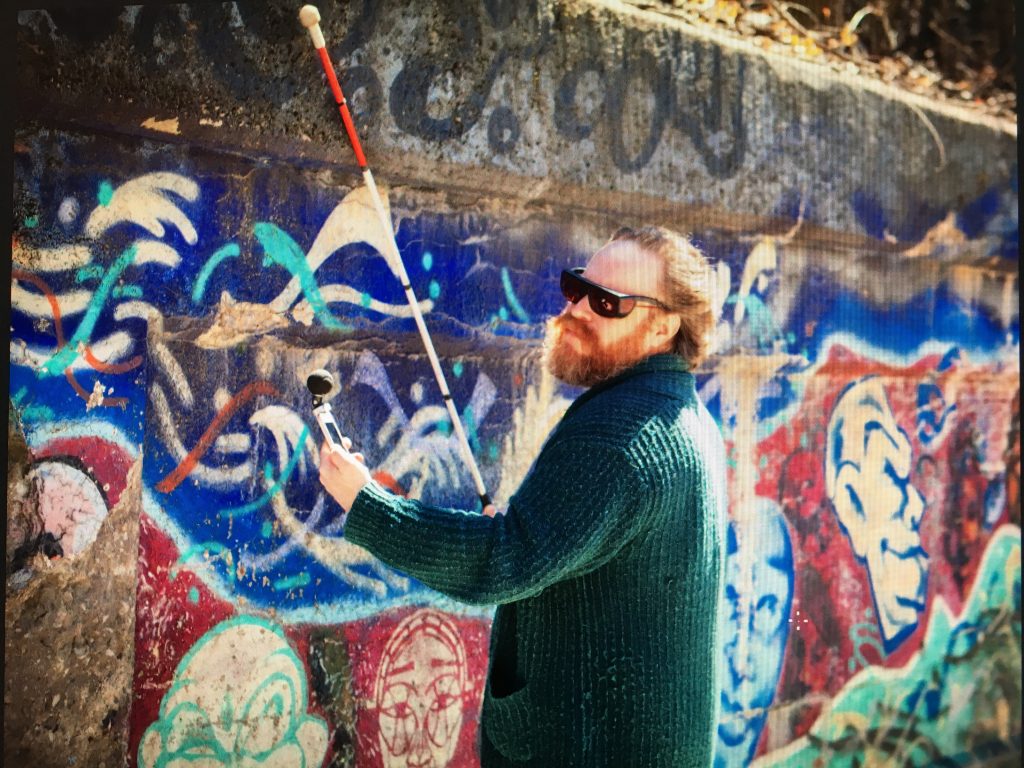 Realizing that much of the University of Chicago campus isn’t accessible to people with mobility impairments, Slater decided to create his Chicago Sound Art piece based on sound recordings taken in spaces that people with impairments can’t easily access. “I went up the 271 spiral steps to the Rockefeller Chapel tower and recorded the bells. Everyone knows what they sound like, but I recorded with my head against them for a different perspective. I also took a sound source from one part of campus and mixed it with another: the spot where all the swallows feed mixed with industrial trucks from a loading dock.”

He included synthesized sounds as well, mixing them into the environment to seem as though they occur naturally. “If you hear a weird creature or monster in the background, I want you to think it’s there,” he explains. “I want you to believe it’s real.”

His 52-minute looping piece, called Unseen Re-heard, is shared on speakers down a passageway. Slater says it’s not meant to be listened to in its entirety. Instead, it’s meant to be experienced in pieces as people pass by.

Block’s piece—called Indiana Karst—pays homage to the place where campus building materials were sourced. After conducting research, she discovered that many University of Chicago buildings feature a specific Indiana limestone. So she visited the area and recorded sounds from inside those limestone caves.

“The sounds of dripping water are overlaid onto the site where the limestone buildings are,” she explains. “The idea is to have people walking through the passageway, hear these drips around them, and feel like they’re inside a cave.”

The speakers are hidden inside limestone block castoffs from campus buildings. “The limestone filters the sound through the speakers in a certain way,” she says, “so the material is literally shaping the sound.”

Running now through Dec. 29, 2019, The Chicago Sound Show exhibition is open to the public daily from 9am to 9pm. A printed exhibition guide and map are available at the Smart Museum of Art.