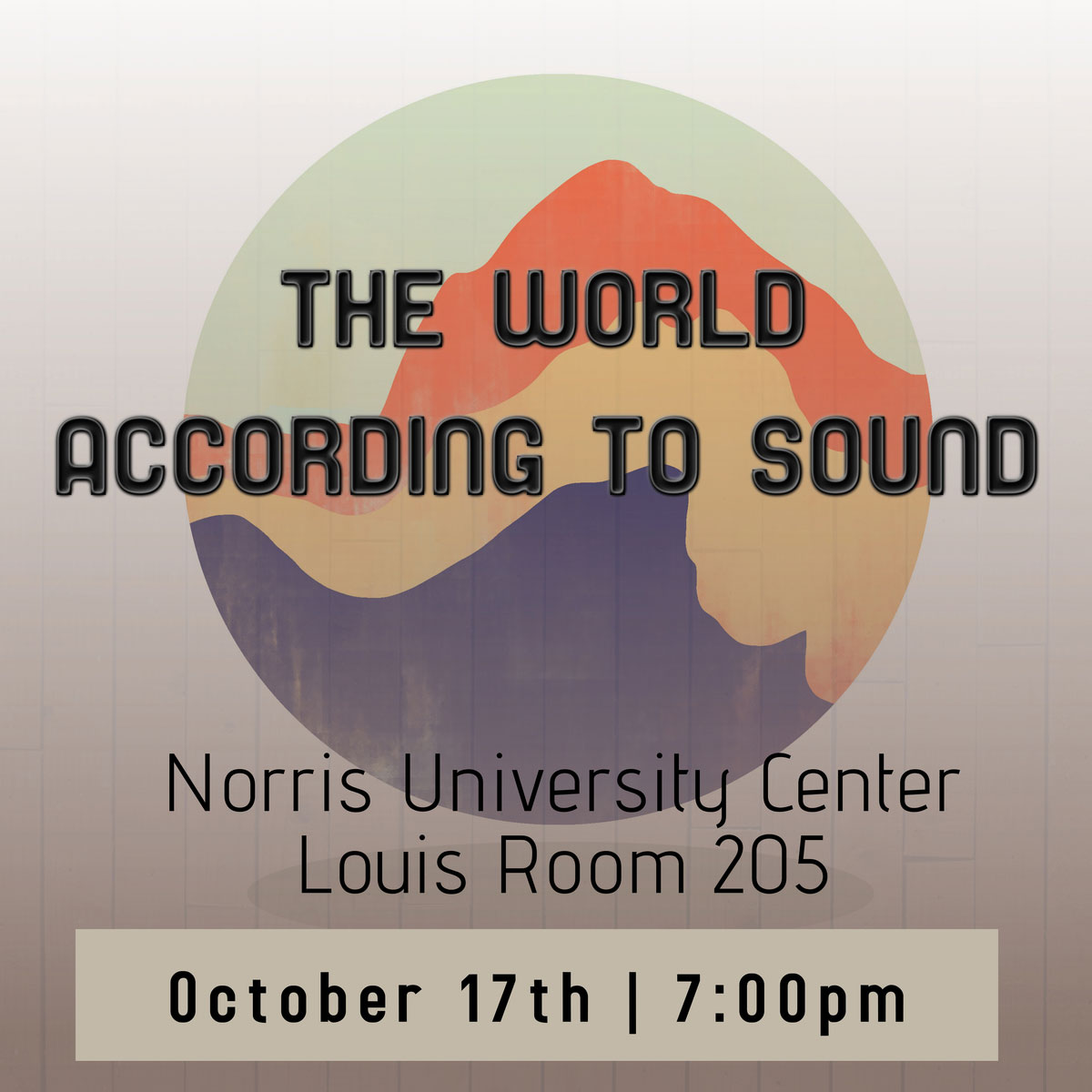 Bridges. Leaf blowers. Auctioneers. What do these seemingly unrelated things have in common? They’ve all been featured on “The World According to Sound,” the 90-second podcast hosted by Sam Harnett and Chris Hoff. On Tuesday, the duo will record a live show at Northwestern University.

“I think it’s really meaningful to come together with a bunch of people and be quiet, but just be listening and not looking at anything,” says Hoff.

Hoff is a sound engineer at KALW News in San Francisco, where Harnett also works as a reporter. The two came up with the idea for the podcast during a hike back in 2015.

“We were talking shop and it came up that all we ever listened to is people telling us stuff,” Hoff remembers. “The whole [radio] industry is based on sound and audio, but we don’t hear anything but language.”

The duo started talking about a podcast that reduced sound to its most essential concept. One that veered away from plot.

The concept for ‘The World According to Sound’ is simple: 20 to 30 seconds for a bit of background information, followed by 40 to 60 seconds of sound.

“We basically tell you one bit of information in each episode and to us, that’s enough,” Hoff says. “We don’t tell you where to go, where your mind should go.”

In a world full of infinite sounds, how do Hoff and Harnett choose which ones to feature on the podcast?

“They’re sounds that make you reimagine the world through your ears and not your eyes,” Harnett says. “They’re aesthetically pleasing to listen to.”

Take the giraffe episode for instance.

“The giraffe is a good example,” Hoff says. “Everyone knows what a dog sounds like, but no one’s thought about what a giraffe sounds like.”

“You suddenly realize, ‘Wow, it’s ridiculous that we haven’t listened to a giraffe before,’” Harnett adds.

Sounds are most effective on the podcast when they come from objects you’ve never thought about experiencing through audio.

“We all know what the Golden Gate Bridge looks like,” Hoff says. “But if we were to listen to it, that gives us a whole set of info that no one’s even thought about before. One of the things the sound has to do is make us reimagine something.”

The pair did their first live show in San Francisco in August 2016 and have since performed in galleries, theaters and even centers for the blind.

Both Hoff and Harnett say they look forward to recording in front of an audience of Northwestern sound students, many of whom aspire to work in the podcasting industry.

“I hope the [students] walk away thinking that podcasting can be more than just a couple white guys talking and telling people stuff,” Harnett says. “I would like to see them push the medium. We encourage them to think outside the box.”

Hoff adds, “We took that first modest step and we’re hoping people who were into what we’re doing would go further with it.” “It would be awesome if other people took the idea and kept going.”

Get more information on the live recording and register for free tickets here: https://artscircle.northwestern.edu/music/guest-artist/world-according-sound