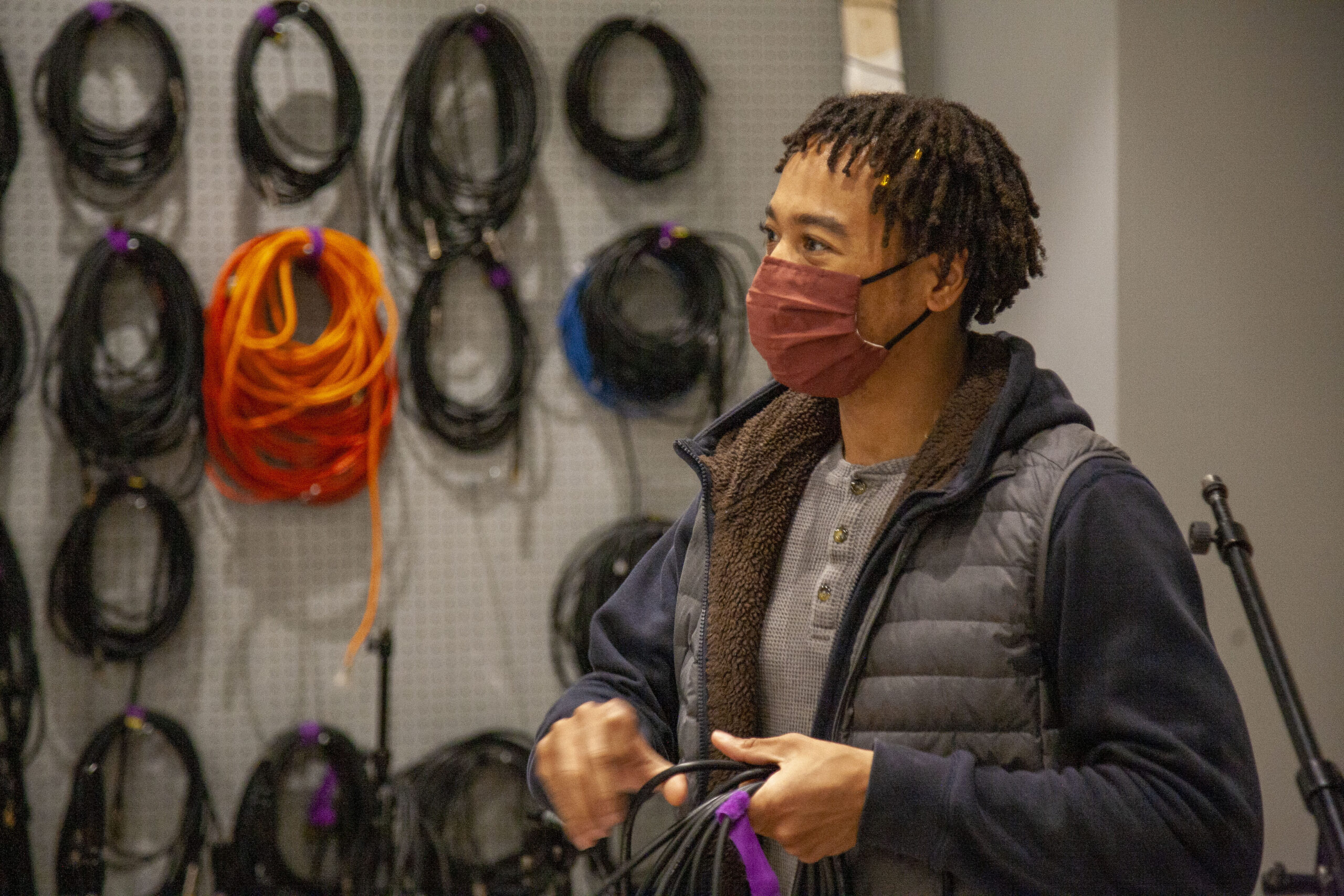 Jabari Clemons ’22 lived for track, football, and basketball as a child. He loved playing sports, and he was recruited to play football for Oberlin College in Ohio while he studied philosophy, law, and society. But when he tore his ACL during his junior year, he had to put football on hold. To bide his time, he began exploring other interests—and that’s when he discovered a new passion for making music.

After graduation, he moved to Newark, NJ, to teach English to ninth- and 10th-graders at Great Oaks Charter School. “It was fun because the students were really close to my age,” says Clemons, “but that also made it difficult in some ways. I didn’t have too many athletes in my classes, so I couldn’t count on that as a way to connect with them. A different way I found to relate to them was through music. Everyone knows and listens to music.”

To give students the opportunity to share music and creative influences, he also created a popular Music Production Club. As the club was getting started, he met the owner of Lear Radio Media Network (LRM Network). When Clemons stopped by one day to check out his studio, the owner told him he needed to hire an audio engineer.

“I stretched the truth a bit and told him I could do it, even though I had no experience,” says Clemons. “He hired me as a podcast recording engineer, and I did that part time while I also continued to teach.” As he spent more time in that environment—recording podcasts, mixing material, and sending material to clients—he realized he enjoyed the work and decided to explore career avenues in audio. During this search, he found Northwestern’s MA in Sound Arts and Industries program.

“I didn’t have much direction after undergrad,” he says. “I didn’t have a distinct career path I was hoping to be part of. Teaching touched on part of what I wanted—but not entirely. I loved the community and knowledge-sharing parts of teaching, but I also wanted the freedom to create as well. This degree seemed like a good match.”

For Clemons, being part of a cohort full of like-minded students has been one of the best parts of the sound program so far. Instead of being the lone “audio guy” or “music guy” in the room, he’s now surrounded by other people he can learn from and collaborate with.

He’s also learning lots of applicable lessons from his courses—especially from Art of the Podcast. “The mini assignments, like creating audio playgrounds, are a stretch in your creativity, and they help me build knowledge about things I didn’t understand before. It’s also taught me more about editing.”

This class—along with his part-time audio engineering gig—has also prepared him to take on freelance projects for podcasting companies. Working with Darvell Jones ’19, Clemons helps produce podcasts for Levraddigans Studios. He also does sound design work for a few music artists.

Clemons says that these experiences—along with what he’s learning in the MA in Sound Arts and Industries program—will help him take his career to the next level. “I plan to create a set location where I can do my freelance sound work, and I want to own a studio location, lounge, or community center where I can build a group of artists, musicians, authors, poets, and others who want to collaborate. It’s freedom and community combined.”