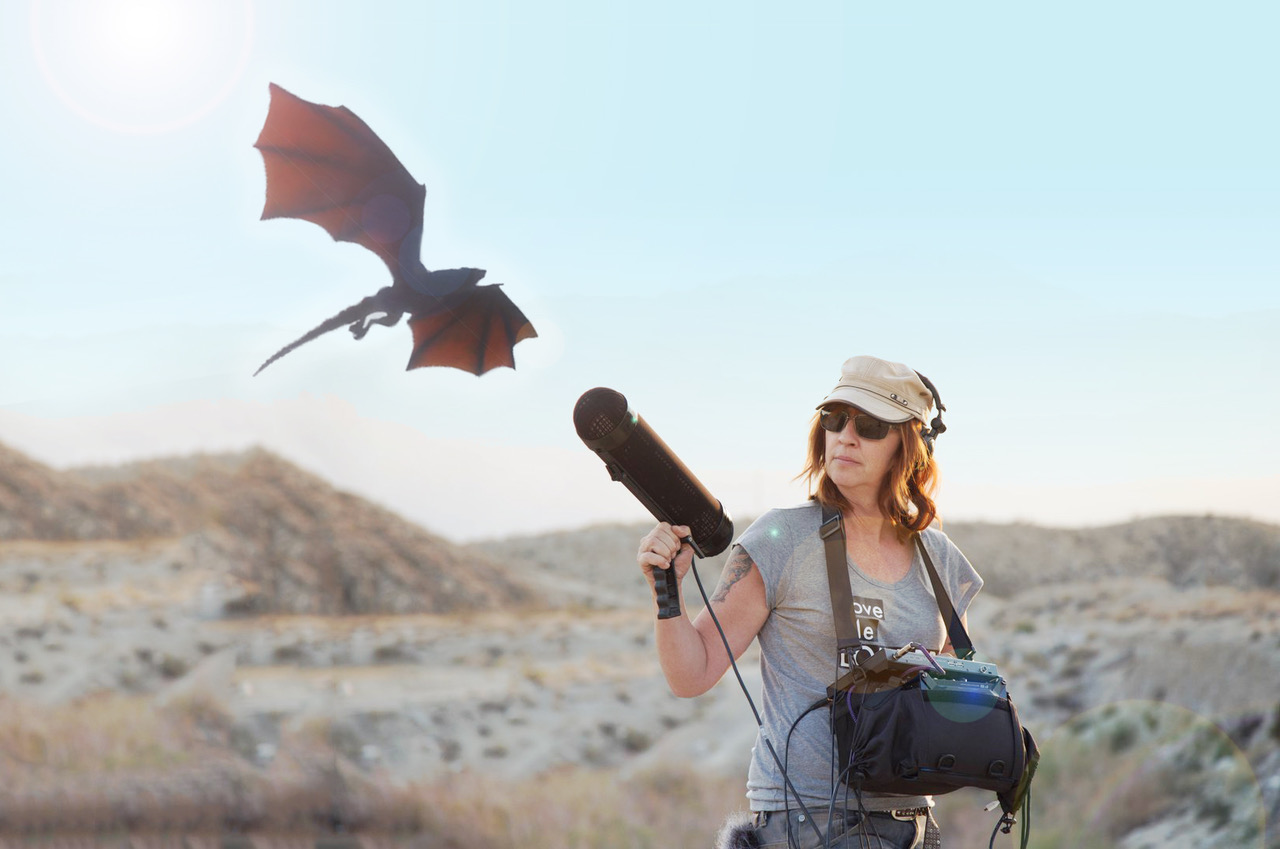 You could say that sound has always been in Paula Fairfield’s blood. Her father, an electronic engineer, specialized in microwave and radio frequency as one of the Atlantic Canada satellite system designers.

As a child, Fairfield—a sound designer based in Los Angeles who’s known for her Game of Thrones work—spent hours sitting next to her father, watching in fascination as he worked. But her father didn’t pick up on her inquisitiveness.

“I loved my father dearly,” she says. “This had nothing to do with him not paying attention. It was just the time we were in back then. Sound wasn’t something girls did.”

Eventually deciding to attend Nova Scotia College of Art and Design as a photo major with an art history minor, Fairfield landed a summer job at the National Sound Board of Canada. Working side by side with a picture and sound editor who showed her the ropes, she got to cut sound effects into tracks. “It became magic to me,” she says. “I’m a turn-it-up-to-12 kind of gal. If there are knobs involved, they’re going all the way up.”

As a woman with no formal sound background or training, Fairfield has forged her own path. “There’s already mystique and misunderstanding about what sound is, even within the film industry,” she explains. “Add being a woman to that, and it can be tough.”

In the beginning of her career, it was hard to land design work—so she worked as a sound supervisor instead. “That way, I hired myself as the sound designer,” she says. “I went after projects that interested me.” Eventually, she grew tired of missing out on big-budget projects and felt that directors and producers weren’t comfortable giving sound projects to women.

Fairfield worked steadily in the industry, which included sound designing for the television show Lost. By 2012, she enjoyed the work she had done for Snow White and the Huntsman and decided she wanted to do something similar. When she heard about Game of Thrones, she chased after the opportunity—but couldn’t make anything happen. “The first year, the sound was done in Ireland. Then it popped over to the United States for the second season. I lost track of it.”

“Everything in my world had changed,” she says. “Game of Thrones became the conduit for my healing. In my darkest hours, I told myself: ‘This is my job: to play with dragons. If that isn’t a beautiful gift, I don’t know what is.’ It showed up at my door when there was absolutely nothing left.”

Game of Thrones took sound design to a whole new level—not only for Fairfield, but also for the industry.

“Early on, it never occurred to me that the dragons would grow,” she says. “So their design and sounds had to grow along with them.” As the show progressed, sound design became more complicated because of the broad range of emotions, as well as the new levels of activity as dragons flew, dove, and twirled.

The seasons evolved, and Fairfield decided to redesign her work in great detail to maintain the feeling of reality. “I’m really happy with how it turned out. The dragon wings, in particular, are beautiful. Between me and Matt Waters, who is the sound re-recording mixer, we shaped things to make them really fit into the scenes.”

Although Fairfield had decades of experience going into the project, she still struggled with creativity and self-doubt. “When you’re asked to do something like this every day, it becomes really hard. In Season 7, the stakes increased exponentially with everything that happened and the addition of characters.”

As a result, she got into the habit of self-editing before she even completed a scene. “I would cut it off and judge it before I even had a chance to take a breath. I wasn’t giving my ideas a chance.”

Through hard work and self-reflection, she got through it—and was ready for the challenges that Season 8 threw her way. “I wasn’t afraid of it anymore,” she says. “Now I have no limit to the crazy ideas I come up with. Not all of them are used, but my job is to go to the ends of the earth, find these sonic treasures, bring them back, and attach them to the story. If I were a painter, there would be paint in my hair, all over the ceiling, and all over the floor.”

Today, Fairfield feels like a different person. “At the end of this project, I am no longer a broken human,” she says. “I was happy and excited to give all my love to this project and gave it the best farewell I possibly could. It helped me rebuild.”

Focusing on the Future

With Game of Thrones now behind her, Fairfield has a new project to focus on: a commissioned sound piece through the University of Greenwich and L-Acoustics, a company that creates immersive audio experiences. Her composition will test L-Acoustics’ new L-ISA audio speaker technology.

The piece she’s creating—called Ocean of Tears—will reflect an underwater poem about grief. Her plan is to collect different voices saying “my tears” in as many languages as possible, using them to create a rainstorm effect.

“Everyone struggles with grief,” says Fairfield. “There are so many things we grieve about, but nobody leaves the space to do it. It’s rush-rush. I haven’t made art in a long time, but I’m ready.”

As a guest of the MA in Sound Arts and Industries in May 2019, Fairfield shared her Game of Thrones experiences and talked about upcoming projects at a Northwestern speaking event open to the public, followed by a workshop the next day for Sound Arts and Industries students. There she tried something she’d never done before: Giving everyone in the room the chance to find their own audio “voice.”

After viewing a Game of Thrones video clip, participants created their own sound design for it. Each sound piece was played for the group so they could see and discuss how everyone expressed themselves.

“There’s no right or wrong,” Fairfield says. “It’s not meant to be polished. This is an opportunity to try something new. The greatest gifts come wrapped in the hardest packages. If we persevere, you never know what will happen.”