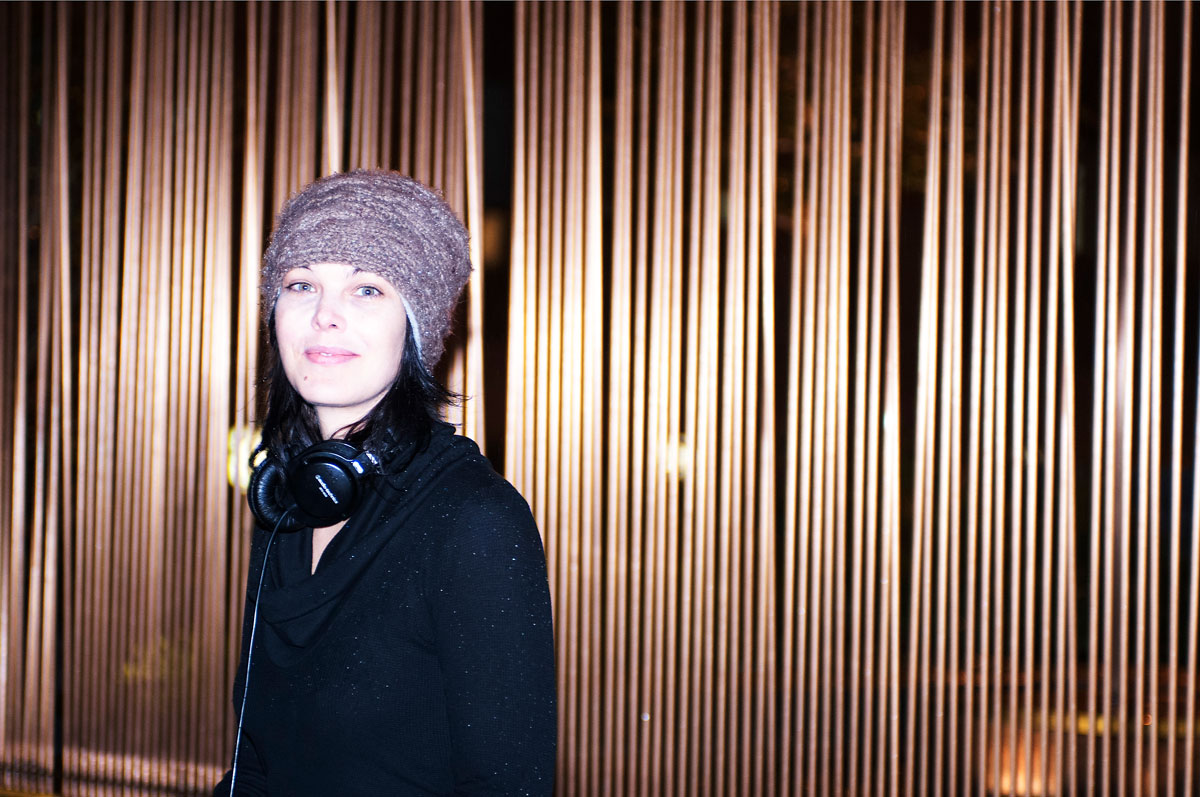 Finding a one-word descriptor for Olivia Block is nearly impossible. In fact, two or three words probably won’t do it either. She’s a media artist and composer, but she’s also a sound artist, an educator and in many ways, an anthropologist. Block works mainly with “found sound” recordings.

“These are usually used in the space of the arts,” Block says. “It’s anything that has its own history already, that’s already been completed. It’s something you might find in a dumpster or on eBay.”

As a matter of fact, when Block comes to Northwestern November 19 to lead a workshop, she’ll be bringing with her recordings she bought on eBay.

“The idea behind the workshop is to take a short clip of a sound recording and then use that as a jumping off point to analyze and interrogate the way we listen to recordings,” Block says.

The workshop will center on a recording Block found in a larger group of micro-cassette tapes. It’s a conversation between two people that Block calls “riveting.”

“There’s so much going on,” she adds. “[You hear] aspects of this moment in these people’s lives.”

Due to the personal nature of the tapes, Block says she never likes to use them outside of the classroom.

“I never want to use these other than to teach,” she says. “I’ve collected so many of these recordings and it’s someone’s personal feelings about something. There’s this personal and emotional content.”

According to Block, the educational value of these tapes is that they are a way to discuss the act of listening.

Some of those questions center on the process of securing those recordings—how did Block get her hands on them? How can students imagine the many stages and hands that this little object goes through to get where it is?

“It gets students thinking about the history of the sound we’re hearing,” Block says.

Then there’s the interference of the recording itself.

“I want to get the students thinking about the fact that the recording is not at all an accurate representation and there are so many ways that is demonstrated in this tape,” Block says. “There are moments where the fidelity is so bad that you almost can’t understand what people are saying. It changes the cognitive process to frame what you’re hearing.”

Block says sound students should walk away from the workshop with a sensitive approach to listening to recorded materials.

No matter what area of sound studies the workshop students are interested in, Block’s insight on found recordings will undoubtedly be valuable.

“If [students] are podcasting and using someone’s life story and they use some recording from this person in the past, it might help them better frame the story,” Block says. “Even thinking in terms of cinema and sound recording, it is always going to be relevant.”

The November 19 visit to Northwestern won’t be Block’s last. In Spring 2019, she’ll be teaching a course called Creative Usage of Field Recordings. The class will focus on how to record things that aren’t necessarily typical. Block will discuss using those recordings creatively through outlets like a podcast or in an installation, but not strictly for documenting or scientific purposes. Eventually, students will work on their own projects using their own recordings.

“I’m really excited, I think it’s going to be a fun course,” Block says. “The most interesting courses happen when people are coming from all backgrounds—so it’s just a great way for the student body to gain a different experience.”