Learning How to Listen Differently: Cara Ehlenfeldt ’19 Shares Her Experiences with The Truth 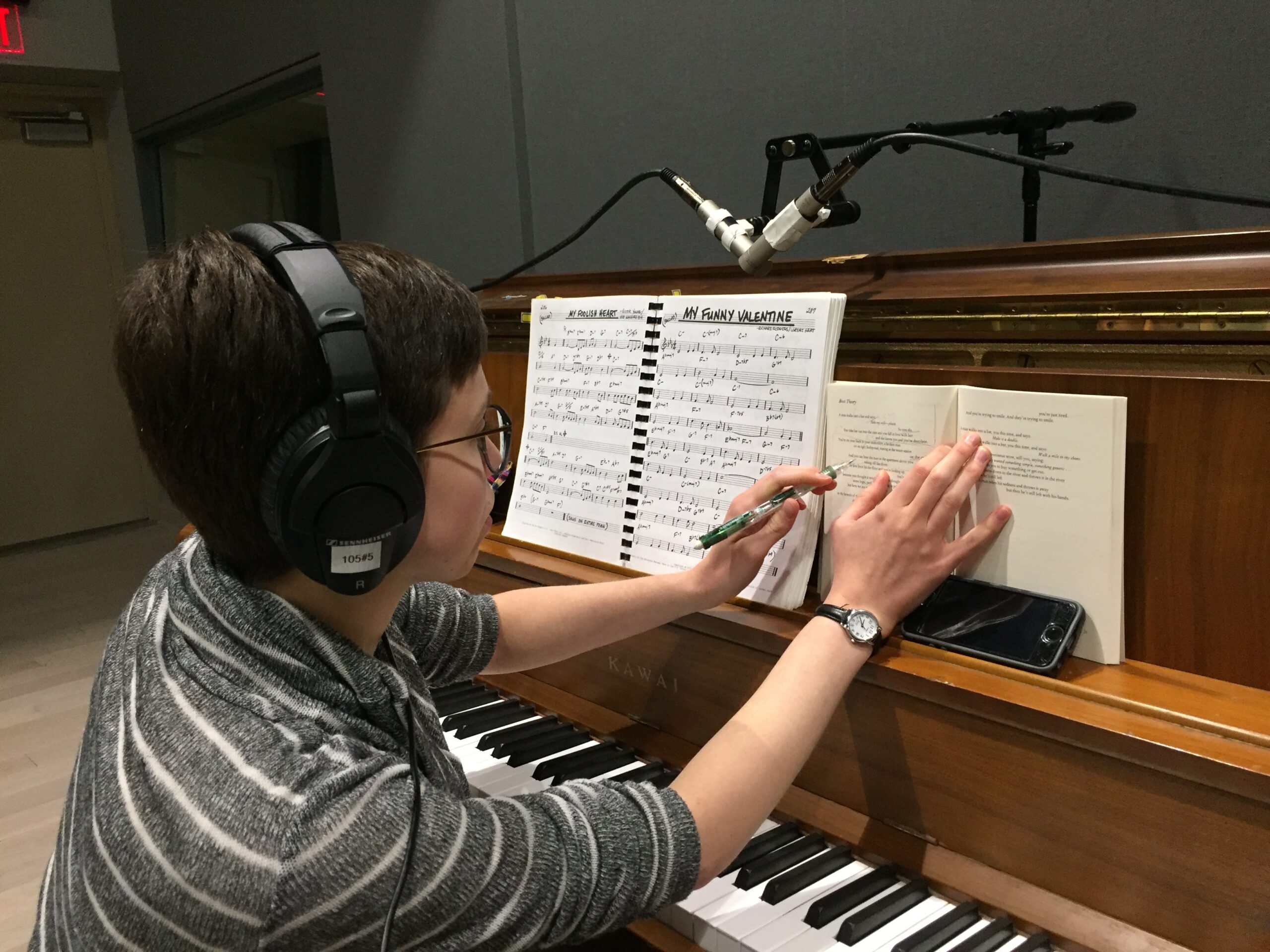 Audio fiction podcasts are one of the most compelling sound media Cara Ehlenfeldt ’19 has encountered. As she graduated from Swarthmore College with a BA in linguistics, she found herself drawn to them—so she and a friend started their own.

As their show came together, Ehlenfeldt realized she wanted to learn more about audio fiction so she could make her work the best it could possibly be—and her interest drew her to Northwestern’s MA in Sound Arts and Industries program.

This past summer, as she wrapped up her student internship with The Truth—an anthology fiction podcast known for its sound design—she told us what it was like to learn more about what she loves.

Q: How did your internship come about?
A: Before I attended Northwestern, I listened to The Truth. At Northwestern, I was taking Neil Verma’s Audio Drama class and wrote a paper about one of The Truth’s series. To write it, I briefly corresponded with Jonathan Mitchell, the show’s producer.

When it came time to find an internship, I wanted to work with someone who made a living in audio fiction. So I wrote to Jonathan and told him I was interested in what he was doing—and asked if he wanted an intern.

Q: What did you do for The Truth?
A: I got to be part of the writing process: I learned about pitching story ideas, the selection process, and how sound becomes part of the story early on. At weekly writers’ meetings, the writers brought in new drafts, and we discussed them; it was interesting to see how the drafts changed each week.

I got to attend recording sessions to see The Truth’s different recording techniques. I also cut audio takes together. I spent lots of time with the recorded audio, listened to drafts in progress, and provided feedback. I saw the arc a piece takes from initial idea to this final thing that appears in your podcast feed.

Q: What did you enjoy most about your internship?
A: The recording sessions. That’s where you first see the spark of a piece coming to life. You can read the story on paper and imagine how it’s going to sound, but there are beautiful unknowns that happen when an actor gets in the studio and has a particular idea or direction. Sometimes they deliver the lines in a way you’d never expect. It can be even more exciting than what you imagined.

Q: Were there any surprises about what you learned?
A: When I started, I thought a lot about learning how to “do”: how to write, record, cut audio, and put sounds in place. But I also learned how to listen differently.

Over the course of production, I’d listen to at least four or five versions of a piece. Every time, I’d hear slight differences. When I was starting out in audio fiction, there were things I didn’t know to pay attention to. Jonathan Mitchell’s work is nuanced; some of the sound almost has a subconscious effect. I learned how to listen to ambiences and the timing of elements and how they mesh.

I produce an independent podcast called The Godshead Incidental; we’re in production right now. When I’m directing, my sense is much more refined now. It’s given me a more expansive view of the suggestions and guidance I can provide.

Q: Your internship resulted in a job offer! How did that happen and how did your internship prepare you for the job?
A: The associate producer position opened shortly after my internship ended, and I was offered the job. Some of the things I did as an intern are what I do now: giving feedback and cutting audio, for example. It’s a blend of what I did this summer and additional administrative responsibilities. At a lot of jobs, you learn a bunch of things on Day One, which can be overwhelming. Going from intern to associate producer was more of a gradual process, which made for an easier transition.

Q: What future plans do you have?
A: I’d love to produce my own show in a career capacity. Being part of The Truth has taught me what to listen for, how to develop good working relationships, and the different steps needed for smooth production. I’m constantly working with writers and providing feedback and suggestions. I’m honing my sense of what makes good, compelling audio fiction. Whatever my next step is, I’ll definitely have a much stronger, more developed sense of what I want something to sound like—and the different techniques, approaches, and guidance needed to pursue that goal.