Jeffrey Gardner Goes Back to School 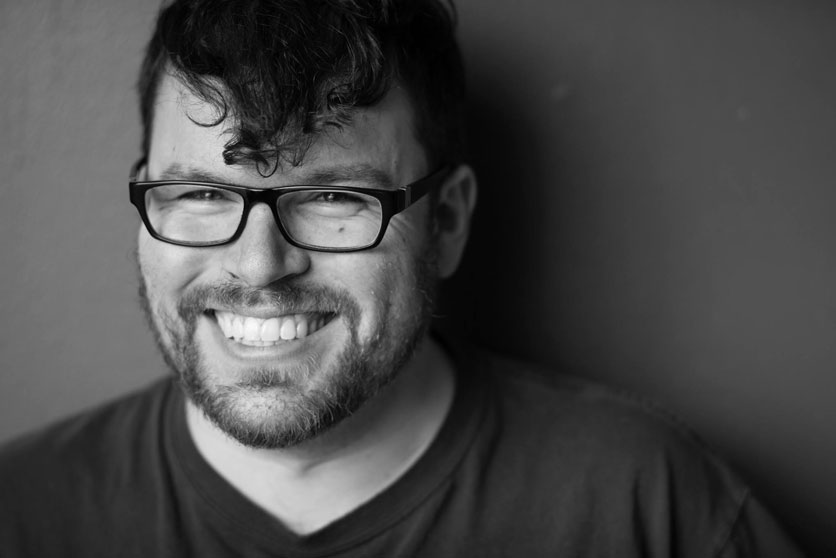 Q: When and where did you start learning about sound?
A: I got my undergraduate degree at Kenyon College where I studied drama and directed classical Greek theatre. I worked for a long time adapting Greek tragedies for the modern time.

Q: What brought you to Northwestern and to the Sound Arts and Industries Program?
A: I’ve been in Chicago for over a decade working in live theater and recording and directing audio dramas for podcasts. I was doing things in the nonprofit sphere and decided I wanted to find ways to turn it into more of a career. I found the program at Northwestern a few years ago and this was the first year it worked out and made sense.

Q: Before enrolling in the program, you were the Senior Technical Coordinator for the Museum of Science and Industry. For someone with a background in theater and tech, what was it about Northwestern’s program that drew you in?
A: What really attracted me to the program was the multi-disciplinary approach. I had been working in sound in a very narrow way for a long time, but this was a program that would expand my sound practice. Having Neil Verma as a part of the program was also certainly a draw for me as a radio drama person!

Q: So far, how has the program been able to supplement and enhance your skillsets?
A: The program has given me a holistic experience. I’m filling in the gaps and getting a much more comprehensive understanding. It’s allowed me to get a deeper understanding of tech and sound and to get more experience recording music, which I never had the opportunity to do before. There’s also a fascinating collection of people coming from really different backgrounds. I have the chance to sit with students who are sound engineers. I’ve already found some collaborators for the future.

Q: Have your interests shifted or changed at all since you entered the program?
A: It has already sent me down rabbit holes. I have discovered a lot of interest in more abstract art and other things that I didn’t have the opportunity to dive into before this program.

Q: For a lot of students in the Sound Arts and Industries program, podcasting is a career option that the program has opened their eyes to. But you’ve been working on producing fiction radio dramas for podcasts for years now. Our Fair City wrapped last year and you’re about to launch another one in February. Can you talk a little bit about each of those projects?
A: Since 2011, I had been producing Our Fair City, which is a post-apocalyptic sci-fi drama about climate change and corporate greed. It’s basically about what would happen if an insurance company took over your life. We ended that show in July 2018 after eight seasons. I think there are something like 3 million downloads of the podcast.

And then we launch Unwell: A Midwestern Gothic Mystery February 2019. It’s a supernatural ghost story on the surface, but we’re kind of investigating the difficulties of reconnecting and how to build familial relationships with your parents. It examines chosen family vs. families of blood, and we tackle and take on—in a pretty direct way—how to deal as an adult child when your parents start getting dementia or Alzheimer’s.

Q: While both of these podcasts may fall under what some would consider “fun” genres—sci-fi and ghost stories—below the surface, the subject matter you’re dealing with can be pretty heavy. Why did you feel like this was important subject matter to cover?
A: Because we don’t have these big established studios to answer to, we are able to tell the stories we want to tell. It’s a space where there’s a lot of great representation for underrepresented groups. A big piece of that is being able to tell stories about queer people and non-binary people. Unwell is partially about the experience of being queer in the Midwest. A thing that we hear from our listeners on Our Fair City is: “I don’t normally hear about people like me, and your show is a lifeline.” Being able to offer that to people and put the characters and people that we recognize in this piece is so important to us.

Listen to the trailer for Unwell and tune in to the first episode in February.
Read more from our blog and follow us on Facebook and Twitter.