All signs seemed to point to Ireland for Megan Lubin. “It felt like the world was telling me to go to HearSay,” says the Northwestern Sound Arts and Industries student.

Lubin says she couldn’t ignore the signs when it came to making the trip to the audio festival.

“Three things happened in one week,” she remembers. “A podcast I listen to mentioned the event. Then, within a few days, a writer I had interviewed forwarded me an email about ‘this amazing festival I should consider.’ Finally, I went to campus that same week and Layne was talking about an independent producer conference that was affiliated with HearSay.”

The non-traditional HearSay Festival aims to create a home that celebrates and inspires creative audio.

HearSay’s focus and remote location aren’t the only things that make this festival non-traditional. The structure of the conference also makes it stand out among other more traditional audio festivals.

“There are a number of different kinds of events,” says Verma. “Talks by radio artists about their work and live performances. There are secret in-house listening sessions where you sign up and don’t quite know what you’re going to get.”

“Every session I went to was deeply educational and profound. The conference didn’t feel over-programmed,” Lubin says. 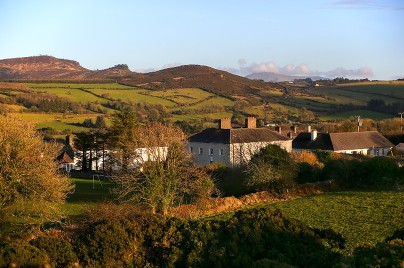 There were no traditional conference rooms or classrooms at the HearSay Festival. Like its programming, all of the spaces were also non-traditional.

“There was a wide variety of experiences,” Verma says. “Installations – cars parked in the middle of town that would be playing pieces and you would talk about them with whoever was there.”

Despite its non-traditional nature, HearSay is still a world-renowned audio festival, drawing some of the most influential voices in the sound arts space.

“A lot of radio artists go to find inspiration,” Verma says. “Scott Carrier, a legendary figure, took us through the process of reporting a piece on one of the most dangerous towns in Honduras—a real story behind the migrant crisis. We also got to hear about interviewing technique, how to use music, as well as production behind shows like West Cork, while at the same time encountering sound messages hidden in matchboxes and baby carriages, and hearing radio work in other languages translated by Radio Atlas.”

“It’s a very intimate space with some of the most brilliant creators in the world,” adds Lubin. “It’s rare that you get a personal connection and to understand the roots of their work in a setting like that.”

A Sense of Community

“Everybody comes to this tiny little village from all over the world,” Verma says. “It really felt like more of a community gathering.”

According to Verma, the Sound Arts and Industries program hopes to send students to HearSay again in the future. Lubin says HearSay came at the perfect time in her studies.

“By April, you can use a little shake-up. And to have that shake-up come in the form of something like HearSay—a remote festival that falls perfectly in line with your professional aspirations—was great. For that reason alone, I couldn’t recommend HearSay enough.”