From Sound Engineer to Tour Manager: A Flexible Degree for Careers in Sound

From as early as he can remember, Aaron Robinson ’21 loved music and sound—and wanted to find a way to turn it into a career.

But the closest major he could find at East Central University, where he attended on a basketball scholarship, was a degree in mass communication. While he enjoyed the experience, he realized the major wasn’t for him—and a career in basketball wasn’t, either.

When the University of Central Oklahoma’s Academy of Contemporary Music opened its doors, he quickly applied and joined the first cohort to study sound design.

After earning his Bachelor of Applied Technology, he worked as a dance accompanist, playing for classes at the University of Oklahoma while also writing music and making sound art.

“I was taking all the jobs I could find in these industries,” he explains. “In Oklahoma, there really weren’t that many jobs to choose from at the time, although there are many more now.” 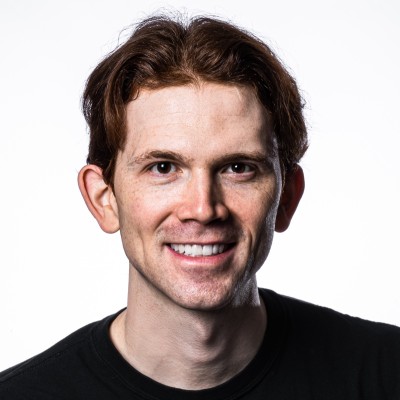 For a new type of experience, he decided to join a dance accompanist program in Florence, Italy, in 2015 as part of the Florence Dance Festival. After getting to know Robinson’s work, the festival’s program director offered to help him land a job in New York.

That prompt was enough for Robinson to leave Oklahoma—and he’s been in New York ever since. He worked as an intern at Terminus Recording Studio in Times Square before quickly being named an assistant engineer. While he was there, one of the bands he worked with—punk rock group Bear Hands—offered him a job on tour. Robinson jumped at the opportunity; soon after, that tour manager hired him for a second tour as well.

“From there, it just took off,” he explains. “Each year since then, it’s been more work on the road as a front-of-house engineer, monitor engineer, and now as a tour manager and production manager.”

When COVID-19 hit, however, touring came to a halt, and Robinson wanted to find a way to keep learning. While he searched online for job possibilities, he discovered Northwestern’s MA in Sound Arts and Industries program.

“We were all going to be stuck at home for a while anyway, so I thought it was a great idea. I read about the professors, and they all looked great,” he explains. “The way the program is set up was so perfect for where I was in my career.”

His goal was to continue to learn about sound while making as many new connections as he could.

From the books he read to the papers he wrote and the professionals he studied, Robinson says it was an unforgettable experience to learn alongside 25 other students who shared his passion for sound.

“Because of the state of the world at that time, my cohort was in an interesting situation,” he explains, “but I think we became even closer online than we would have in person.”

He says he appreciated the program’s emphasis on ongoing collaboration—especially surrounding work on his final project. He participated in an optional class that serves as a platform for students to present to, partner with, and receive feedback from their peers and professors as they work on their final projects.

“Everyone was so great,” he describes. “I wish I could’ve taken even more classes, and I took more than most people. I overloaded myself because I wanted to be challenged and stay busy.”

After earning his MA in Sound Arts and Industries, Robinson assumed his touring days would be over—but he’s back on the road managing even bigger tours now. He currently serves as a tour and production manager for singer Celisse and runs sound for The Flaming Lips. “With what I learned at Northwestern, I feel more confident and equipped to walk into huge arenas and make sure everything runs smoothly. I came into the program with little management experience and left with a full-on tour/production management position.”

As for the future, Robinson says his master’s degree has also prepared him to teach sound to the next generation—something he envisions doing down the road.

“My dad is an educator, and I always thought I could teach when I was done touring or working. I want to bring more people into the industry, open more doors for people who are interested in the field, and help bring more diversity to these roles.”