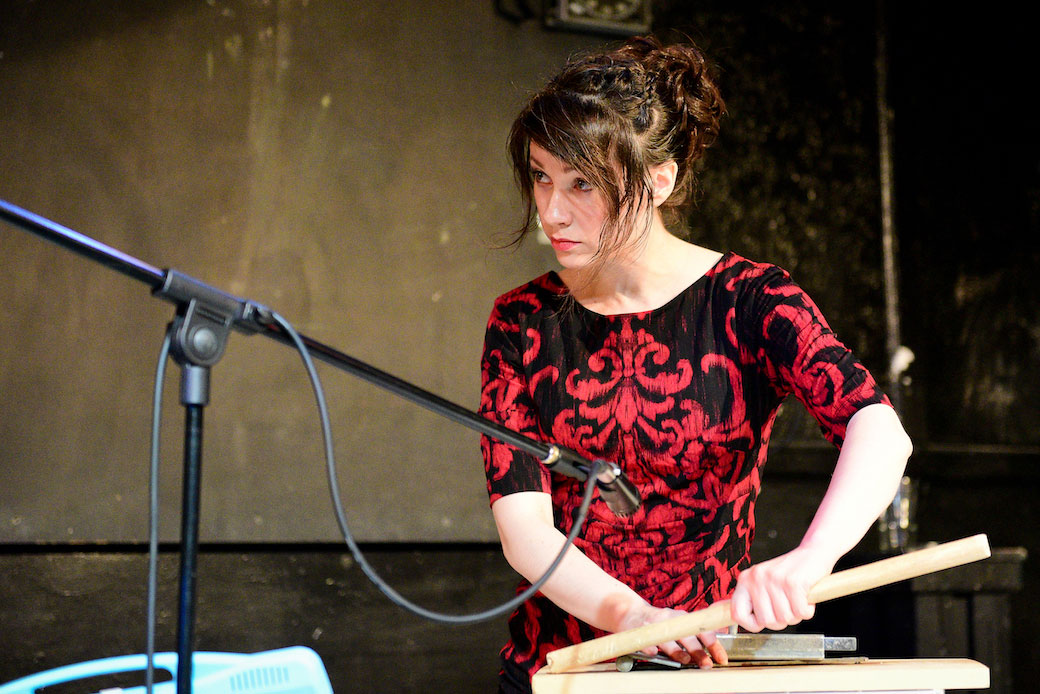 Ele Matelan is the director of public outreach at WildClaw Theatre. On February 11, she gave an Artist Talk to Northwestern’s Sound Arts and Industries students about Foley—the art of reproducing everyday sound effects that are added to film, video, TV and radio in post-production to enhance audio quality.

Matelan’s talk included some basic history about the field, including how it got its name—Jack Donovan Foley is credited with developing a method for performing sound effects live and in synch with pictures during post-production.

Matelan also spoke with students about her own specialty, Foley application in live theater and her focus on onstage audio drama design and performance techniques.

We recently caught up with Matlean and played a game of “Favorite Things” to discover her top picks for Foley techniques and why. From the practical to the surprising and the downright strange, here are the props and effects she says she couldn’t do without:

You can read more about Ele and her work with WildClaw Theatre here. Script submissions for WildClaw’s twelfth Deathscribe, the annual international festival of live short horror audio drama, will open on May 1st.