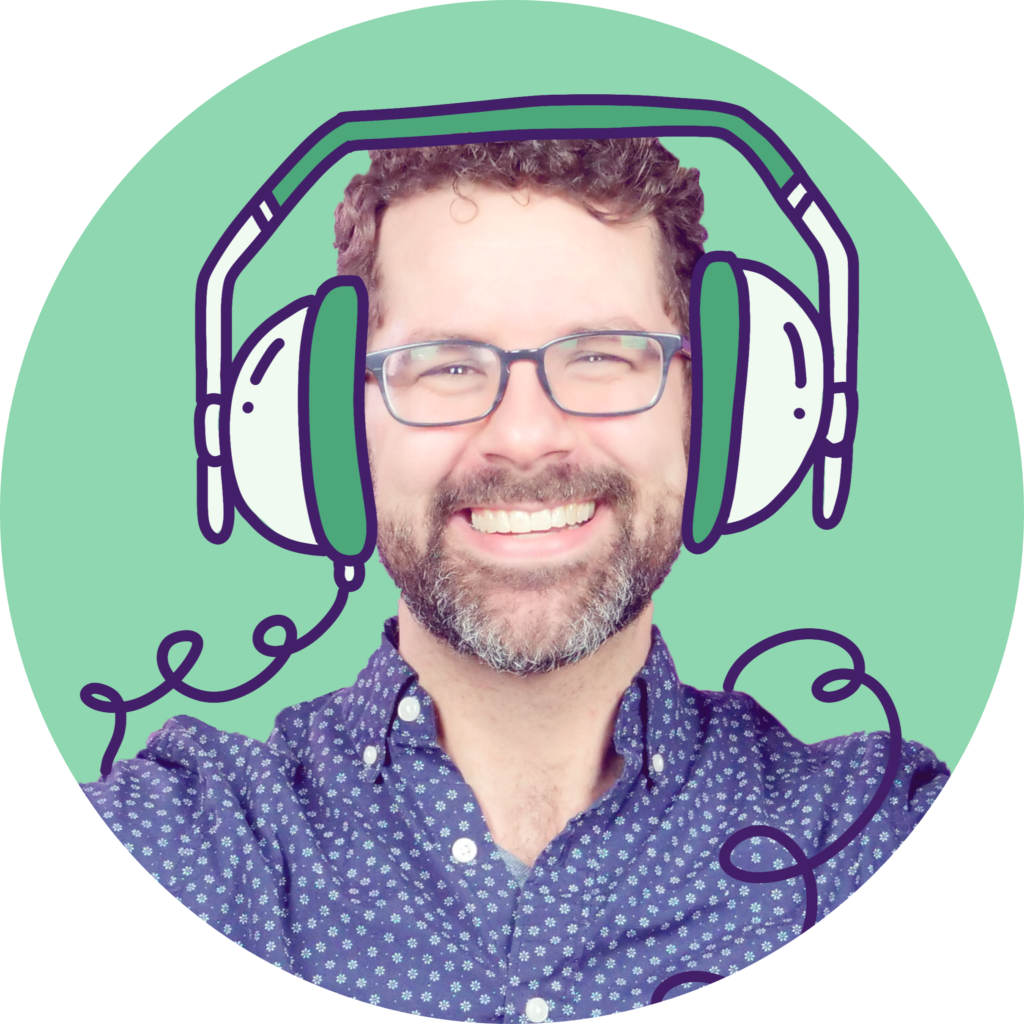 George Hufnagl may have taken the long road to get to sound design, but he knows it’s the perfect field for him. Growing up, he enjoyed using sound as a tool for humor—never realizing it could lead to a full-time career.

As he studied, he developed an interest in perusing old film magazines and listening to early podcasts—where he eventually unearthed the term “sound design.”

“Until then, I didn’t know much about sound design—or that it was even a field,” says Hufnagl.

After earning his MA, he moved with his wife to Illinois so she could attend graduate school at University of Illinois Urbana-Champaign. He accepted a support-staff role there and took advantage of free courses available to employees, including sound design and composition.

“I practiced on my own, building skills through those courses and creating a basic demo reel for fun,” he explains. When his wife graduated in 2010, they relocated to Chicago.

Just as he began his job hunt, a sound design position opened up at a children’s publishing company just 15 minutes from home. “I applied, interviewed, and got it,” Hufnagl says. “The effort I put into taking courses and building a demo reel had paid off.”

He also does freelance sound design work for apps, videogames, and his former employer, which is now creating children’s books that come with free digital downloads, including an audio version of the story complete with sound effects.

To share his career experiences, Hufnagl visited Northwestern University earlier this year to lead a masterclass for students in the MS in Engineering Design Innovation and MA in Sound Arts and Industries programs: Designing Sound with Interactive Architecture.

The seven-hour workshop was made up of sound design and engineering students who wanted to learn about sound as an interactive medium. His goal: to illustrate how sound can be approached in different ways.

After walking students through three case studies examining how users interact with products (such as books or videogames) and what types of sound experiences could enhance those interactions, Hufnagl wanted students to try sound design for themselves.

Participants were given a short children’s book about a family of chattering teeth (think wind-up toys that walk). It tells the tale of mom and dad trying to teach their messy son how to eat politely before they meet the mayor for dinner.

“The goal was for students to think about how they’d coach sound effects for the book, especially keeping in mind that the audience is children,” explains Hufnagl. Although there was a list of requirements to follow (such as incorporating a page-turning effect and using the provided professional voiceover), students had free rein to incorporate their own recorded/altered sounds, as well as alter the provided audio.

“As they created, I wanted to make sure they always had my point of view, but also knew they could go a different route if it made sense.”

At the end of the exercise, each group presented their story and described the sounds they selected. Not only was it great hands-on experience, says Hufnagl, but everyone walked away with work to add to their portfolios.

“Wobbly, impactful, heavy: There’s something fun about trying to articulate those types of adjectives in sound,” he says. “In this masterclass, they got to think like children, but design like adults.”