Being a Sound Student Makes Kevin Cagnolatti a Better Teacher

As a Chicago high schooler, Kevin Cagnolatti ’21 was into art, gaming, and hip-hop music. He spent most of his time in the art department and playing in a band he formed with friends.

After graduation, he enrolled at Columbia College Chicago to study audio arts and acoustics. But as he got deeper into the program, he wanted to pursue music in a different way and changed his major to music composition. He was getting settled in the program, but it didn’t feel like quite the right fit. 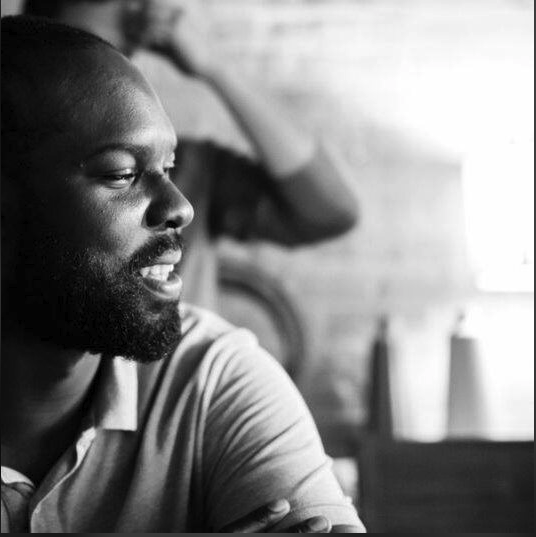 “My history teacher at Columbia once told me she would go to school forever if she could because she loves learning that much,” he says. “That really resonated with me. It made me want to learn more about sound because I loved the concept of audiovisual media.”

As part of his composition curriculum, Cagnolatti had taken an Audio for Visual Media course—and that’s when things started to click. “The moment I took that course, I knew it was perfect for me. I wanted to pursue that subject,” he says. So he switched his major back to audio arts and acoustics, earning his bachelor’s degree in 2008 and then taking a few years off from sound and music to work in sales and marketing.

When he was ready to focus on music again, he enrolled at DePaul University to earn an MS in Digital Cinema Production. There, his program mentor made it a point to connect him with the other audio enthusiasts in his class so they could learn and engage in sound design together.

Thanks to his undergraduate work in audio arts and acoustics, Cagnolatti’s mentor also asked him to work as the program’s studio manager so he could teach other students what he knew about audio arts, acoustics, and recording.

Leaving DePaul with his graduate degree in 2014, Cagnolatti soon found opportunities as a freelance sound designer and as a teacher for ITW David Speer Academy’s audio and media engineering courses. “I’m often one of the first few people of color talking to these high school students about sound,” he says,” and they never even knew it existed. It makes me feel good that I can do that.”

Teaching and freelance work were already keeping his days full (with sound projects ranging from short films to projects with satirical news site The Onion) when he heard from his mentor at DePaul: The university was looking for adjunct audio faculty and wanted him to apply. Cagnolatti decided to add one more thing to his plate: providing undergraduate- and graduate-level instruction in post-production, sound mixing, and editing.

Despite the design and teaching opportunities coming his way, he still wanted to learn more about sound. “I want to put my best foot forward in whatever I do,” he says. “I felt so comfortable in media and film, but I knew there were other things I needed to get more comfortable in to be a better sound designer and teacher: things like interactive sound, sound branding, and podcasts.”

That’s when he discovered Northwestern’s MA in Sound Arts and Industries program. He knew the curriculum would help him improve on his weaknesses and learn as much as he could about new-to-him sound concepts.

“I’ve always been straight narrative or straight documentary sound,” he explains. “The concept of experimental sound is completely new to me, and it’s something Northwestern is helping me learn more about. When you’re in a specific field, sometimes the blinders go on. You’re used to doing something a certain way. Now, instead of focusing on the sound a glass makes when someone sets it down, I question: ‘Why does the glass sound the way it does?’ ‘How can I enhance the sound of the glass being set down?’ ‘Should the sound of the glass even be paid attention to?’ ”

In addition to being an MA in Sound Arts and Industries student, Cagnolatti also picked up one more teaching opportunity right here at Northwestern: educating undergraduate students about production.