An Inside Look at Voiceover Acting with Donna Jay Fulks 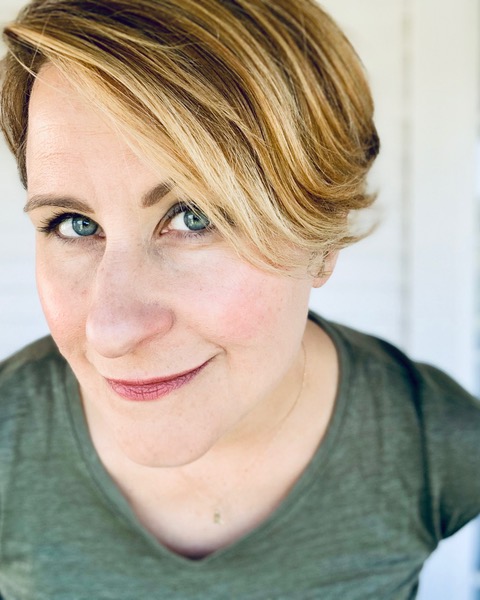 Even if you don’t recognize her name, you’ve probably heard the work of Donna Jay Fulks. She’s been the voice behind Olive Garden, Secret, Walgreens, Aveeno, JCPenney, and even The Oprah Winfrey Network.

Growing up in Crystal Lake, IL, Fulks remembers writing and recording radio plays at a young age. “For some reason, the principal even played them over the school loudspeakers,” she laughs. “I put everybody through having to listen to those! I was the girl at the slumber party who was eventually driven home because I was talking too much. Even then, using my voice was important to me.”

In high school, she sang and competed on the speech team, participating in acting events. “I had to perform several characters,” she explains. “You’d choose a cut from a play and perform all the parts, creating a different voice for each one.”

The first in her family to finish college, Fulks attended New York University as a theater major. A few years later, she finished her degree at Columbia College Chicago.

After graduation, she found an agent and started auditioning for plays, film, and TV. Out of the blue, when a call for a voiceover part came in, her agent sent her on an audition.

“I had never even heard of voiceover,” says Fulks. “There weren’t voiceover classes in theater school. It wasn’t top of mind like it is now with the rise of animation and the celebrities and comedians who do it.” So she took a chance and auditioned—and started landing work. From there, she quickly discovered that voiceover combined two things she loves: acting and using her voice.

So Fulks put her all into it: recording commercials and trying to figure out the techniques each voiceover artist was using. As she explains, voiceover soon became her “thing.”

When Fulks started her career, recording primarily commercials, advertising agencies preferred to hire local voiceover actors. Today, the work is more spread out. Although she works from home for some clients, there are still those who want voiceover actors to be onsite.

“If you really want to do it, then you have to throw yourself into it,” says Fulks. “Do the homework. Research. Practice. Be on time. Be prepared. Read the script before you get behind the microphone.” She emphasizes that voiceover auditions have to be perfect—especially now as actors compete against hundreds of people.

“Approach everything you do as if it’s the most important thing,” she says. Fulks uses a local radio commercial as an example. It may not be the highest-paying job you’ve ever landed—or the largest role you’ve ever had—but it’s a big deal for the company that found money to produce a commercial and purchase airtime to play it.

Fulks visited Northwestern in the spring and led a voiceover masterclass for students in the MA in Sound Arts and Industries program, who were joined by students in the Radio/Television/Film and Theatre departments. To illustrate the variety of voiceover work available, she brought with her examples of narration, radio and TV commercials, and movie trailers.

After talking about her work experiences and discussing microphone techniques she’s learned over the years, she turned attendees loose so they could try voiceover for themselves. Using real-life scripts that included specific direction from the client, each workshop participant got to choose one and record a read-through.

Afterward, she worked with the class on factors like timing and volume—and then let them record their scripts again. Each participant recorded their script at least three times. At the end of the masterclass, Fulks shared the actual final clips so everyone could see (or hear) who was ultimately cast in the role and how they interpreted the direction provided by the client.

“It was so much fun,” says Fulks. “Everyone in the room really wanted to be there, from writers and directors to engineers and actors. Some people had done voiceover before. Others hadn’t. And we got to hear everyone’s different perspectives.”