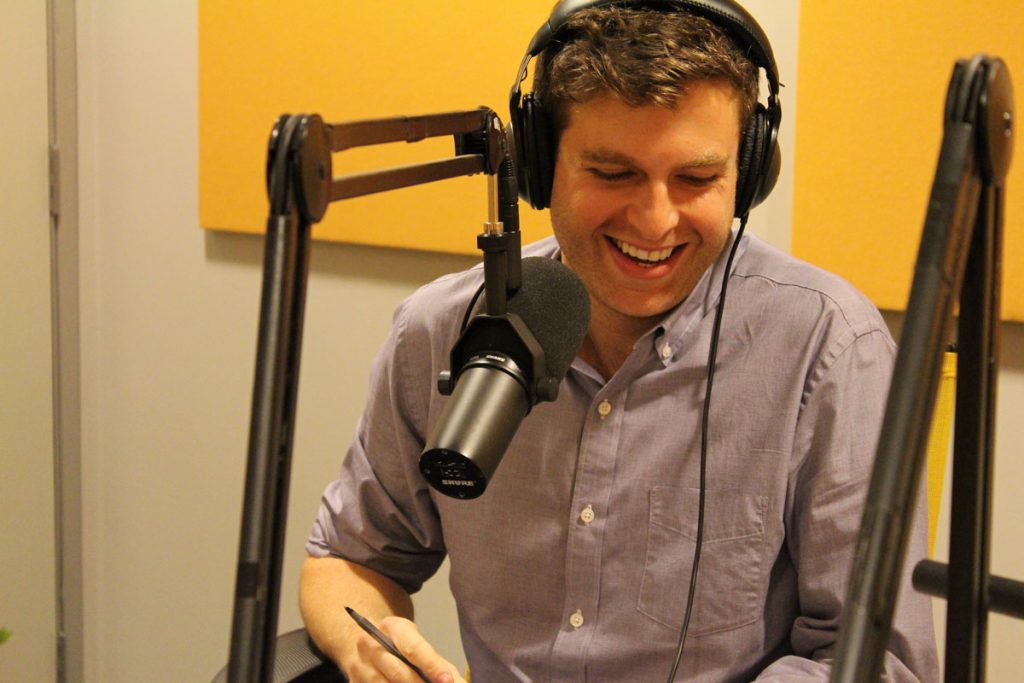 “My role is to help drive the day-to-day strategy and execution of the media business we’re building,” Sachs says.

Most recently, Sachs took on a new role at Team Coco as Executive Producer of the “Conan O’Brien Needs a Friend” podcast.

“At the outset, I helped with defining our overall podcast strategy and executing partner deals,” Sachs says. “From there, I worked with our creative team to develop the format for the show and get it piloted and launched.”

“Conan O’Brien Needs a Friend” kicked off on November 19, 2018 with Will Ferrell as the first guest. The podcast’s basic premise is a way for Conan to make lasting friendships with people who he previously interviewed on his show.

“The concept came about because we wanted to do an interview show, but also wanted to make sure it was unique,” Sachs says. “While the ‘needs a friend’ conceit is primarily just a loose framework for two interesting people to kick off a conversation, there’s some truth in the fact that Conan has been interviewing celebrities on TV for 25 years, and yet, as he puts it, most of his friends are people who work for him.”

“On a recent episode, Conan and Marc had an exchange about ‘The Tonight Show’ that was maybe the funniest moment of the entire series so far,” Sachs says.

Before he joined Team Coco, Sachs worked as Entrepreneur-in-Residence at The Chernin Group where he was tasked with identifying and evaluating opportunities for investments and helping existing portfolio companies with their strategy and execution. But before his time with The Chermin Group, Sachs was the CEO of Midroll Media, a podcast company that produces some of the world’s most popular podcasts including “WTF with Marc Maron” and “Comedy Bang! Bang!”

Sachs also has experience on the other side of the mic. He was once the host of his own podcast, “The Wolf Den,” focusing on starting and growing new business.

“It was a lot of fun hosting ‘The Wolf Den’ and I can see myself hosting a podcast again,” Sachs says. But being a host doesn’t come all that naturally to me and ultimately I think I’m better suited behind the mic.”

For Sachs, being on the production side means creating access and having creative freedom.

“Because there are few barriers to creating a podcast, it’s a great medium for enabling a creator to realize a vision,” Sachs says. “I really enjoy being on the production side and working with talent who have a vision for what they want to create, and then helping them make that vision a reality. I love the feeling of creating something that starts as an idea and then through testing and collaboration, becomes a finished product that people can enjoy.”

While Sachs may have a wealth of experience in the podcasting industry, he asserts that the field is still relatively new—leaving plenty of room for up-and-comers like those students currently enrolled in the Sound Arts and Industries program.

“… It’s an exciting time to be studying podcasting and thinking of it as a profession,” Sachs says. “We’re seeing constant innovation across technology and content formats. We’re also seeing more and more money flowing into the space—from investors, advertisers, and big media companies.”

For those students who are just starting to explore podcasting as a potential profession, Sachs has a few words of advice:

You can learn more about Sachs, including his role on the Sound Arts and Industries Advisory Board here.