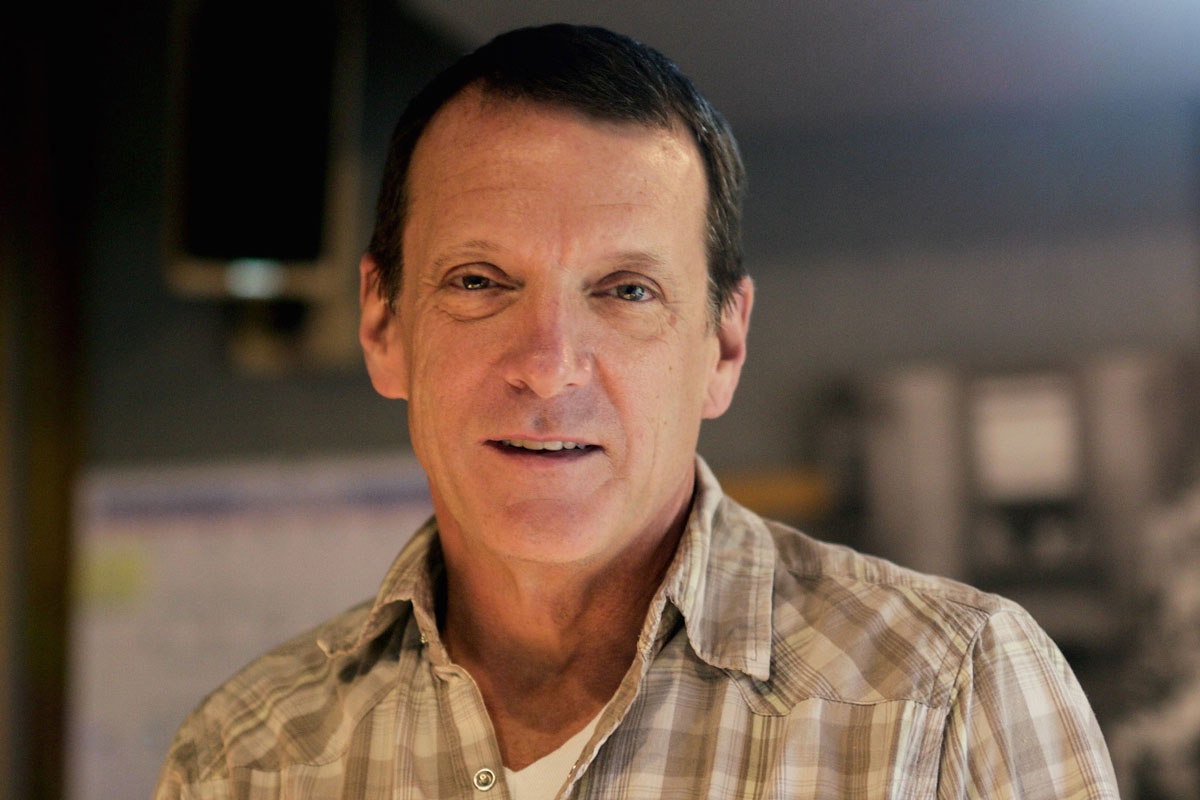 Q: Do you remember the first time you fell in love with film?

A: I was probably 13 or something like that, and I was not interested in sound yet, but there was this TV show on PBS, “The Men Who Made the Movies.” It had interviews with great directors like Alfred Hitchcock, and they would interview them about their careers. In the early 1970s, there were a lot of great movies. It was an exciting time in American cinema, and I was like, “Oh, man. This is what I want to do.”

Q: How did you end up at Northwestern in the Radio/TV/Film program?

Q: What are some of your fondest memories from your time at Northwestern?

A: I still think of my time at Northwestern as validating my love for film. And I found like-minded people who felt the same way. I was all about film. There were production classes and my roommates were all film students, so I kind of lived and breathed the movies.

There were many late nights in the editing room. Filmmakers would get together behind one of the buildings and watch student films on a sheet. I just loved it. I look back on it with great affection.

Q: You’re currently a Supervising Sound Editor, Sound Designer and Re-Recording Mixer at Skywalker Sound. How did you end up there and making your transition into sound?

A: The first job I got out of college was at a film lab. I worked there for about five years, and someone I had worked with had gotten a job at Sprocket Systems, which was the sound editing division of George Lucas’ company at the time. I got an interview and then got a job here in December of 1987 as a transfer operator.

I sat in a room and people would come in with a quarter-inch tape and say, “I need these four sounds transferred onto magnetic film.” Sound work was intimidating, and then I got here and looked around and saw some of the top people in the field. The Mt. Rushmore of sound designers were here. I stumbled into this.

Q: You may have stumbled into it, but you’ve really worked your way up! How did you end up in the position you’re in now?

A: I moved through every job you could have here: transfer operator, machine room operator and then I got to watch some great mixes being done. I started recording Foley and assisting Gary Rydstrom, who was very generous with me. I still consider him the Michael Jordan of sound designers. Gary recommended me for something, I would get another job and it snowballed from there.

Q: In making the transition to the sound discipline, what did you find you loved about it?

A: Sound comes in the side door. You have the potential to have a great amount of influence on people’s perception of something without being too obvious. There are many ways you can enhance a story or tell a story to help a film. There are always a million possibilities.

Q: You’ve also branched out, working in sound in media aside from film. Can you talk a little about that?

A: I started working on some more features stuff, some Pixar animated stuff, Disney Imagineering and theme park stuff.  You move beyond the norms of film. It’s a uniform sound system [with film], whereas with amusement parks, each ride is different. One of the things I like about sound is the diversity of it. You work on one thing, and then you finish that and work on something completely different. I find it very rewarding.

Q: What advice do you have for Northwestern Sound Arts and Industries students?

A: The thing I always try to tell people is there are lots of different paths, so have a diverse skillset. It used to be you did one thing in sound and now the lines between all the departments have gotten gray.

And love the process of it because that’s the most important and rewarding thing. It’s about the process you’re working on and not the result.