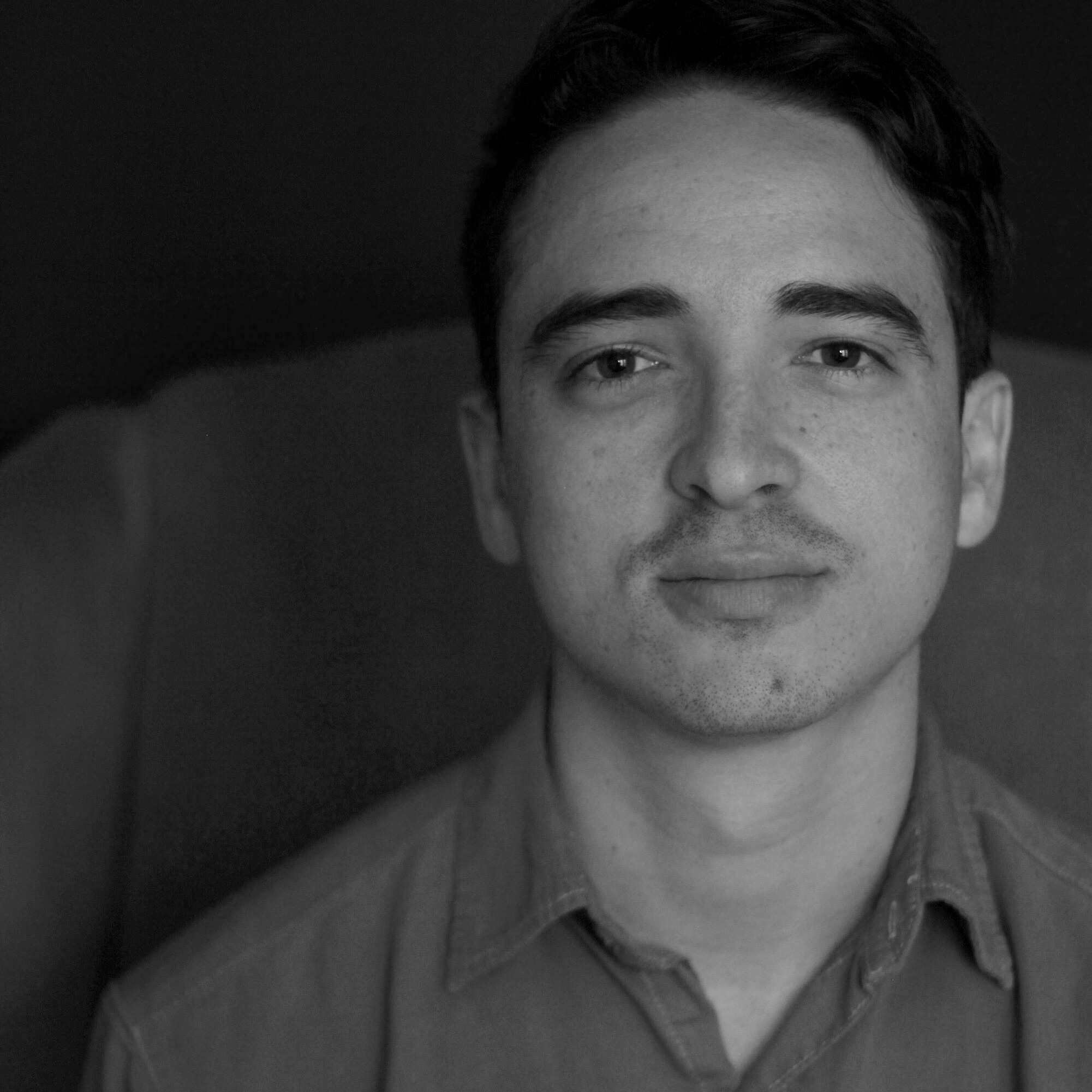 A filmmaker, artist, and sound designer, Walter’s latest film tells the story of a drone, programmed to deliver a vaccine to a human in a remote area. The film follows the journey using the drone’s onboard camera. When the machine malfunctions and misidentifies the human target, it fails at its main objective, leaving the audience to follow the drone as it continues on its way—interacting with our world from a purely machine perspective.

“It comes from a desire to understand the moment we’re in culturally and technologically,” Walter says.

“Meridian” isn’t new territory for Walter. Many of his films begin with an interest in emerging technology.“It’s something we haven’t really placed comfortably in history yet,” he says. “This film started with an interest in drone cameras and the particular way they have of seeing the built environment. This is inherently alienating to humans in a lot of ways. It resembles architectural blueprints more than it does the eyeline a human will have looking at their environment.”

Walter’s film screened in the “Forum Expanded” category—the most cutting-edge section of the festival (and alongside international greats like Susana de Sousa Dias, James Benning, Cao Fei, and Rosalind Nashashibi).

“This section is the part that tries to focus on experimental approaches to filmmaking,” Walter says.

In addition to the prestige of the Berlinale Festival, Walter says he was also thrilled to have “Meridian” debut there because of the festival’s emphasis on discussion after the screenings.

“What they do so well in Berlin is create time between you and the audience,” Walter says. “Between you and the moderator, you get this rare opportunity to dive into ideas and have those ideas evolve over a half hour or an hour.”

The festival also gave Walter the chance to watch work from others that he found inspiring. An installation and film collaboration from James Benning called “Glory,” was one that has stuck with Walter even after the festival’s end.

“It’s basically a security camera’s view of a hurricane that is moving slowly,” Walters explains. “It’s two hours of the storm front entering the view of the security camera and your main point of reference is this American flag. It’s pretty powerful and is one of these things where you could walk by the installation and then come back, and it would have changed. It’s a very interesting approach to filmmaking.”

At Northwestern, Walter works as the liaison between film production students and the Sound Arts and Industries (SAI) program. The two SAI classes he’s teaching this year in film sound are Sound and Vision: Narrative and Sound and Vision: Experimental.

“We spend a lot of time learning about visual language as filmmakers and there is not enough time given to the conventions of sound languages that are just as valuable to the telling of the story,” Walter says.

Walter adds that he is “thrilled” to bridge the gap between the Radio/Television/Film department and the SAI program.

“It helps me look at filmmaking and sound design from different angles depending on the film that I’m teaching,” Walters says. “We will occasionally get students from R/T/F in our SAI classes and it’s really interesting when that happens. Everyone will have their own lesson in filmmaking.”