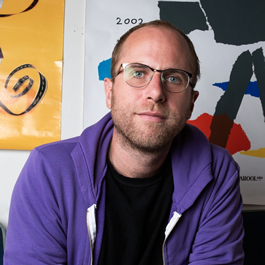 J. P. Sniadecki works between the US and China as a filmmaker and anthropologist. From Chengdu demolition sites to New York City junkyards to the Sonoran Desert borderlands, he collaborates with people and places to explore film’s capacity for transfiguration of the discarded and transgression of the status quo. His films are in the permanent collection of New York ‘s Museum of Modern Art and the San Francisco Museum of Modern Art, and have been exhibited there and at the Whitney Biennale, the Shanghai Biennale, the Shenzhen Biennale, and the Guggenheim, as well as at international film festivals such as Berlin, BFI London, Locarno, New York, AFI, San Francisco, Rotterdam, Viennale, IDFA, Mar del Plata, Taiwan International Documentary Festival, and more.

His films, which receive praise from publications such as The New York Times, The Guardian, ArtForum, and Filmmaker Magazine, include Chaiqian/Demolition (2010), winner of the Joris Ivens Award at Cinema du Reel; Foreign Parts (2010), winner of two Leopards at Locarno and named Best Film at the Punto de Vista Film Festival and DocsBarcelona; People ‘s Park (2012), winner of Best Anthropological Film at Festival dei Popoli; Yumen (2013), named Best Experimental Film and Best Chinese Film at the Taiwan International Documentary Film Festival; The Iron Ministry (2014), which garnered the top prize at L ‘Alternativa Film Festival and jury prizes at the Ann Arbor Film Festival, Valdivia, and Camden; and El Mar La Mar (2017), which won the Caligari Award during its premiere at the Berlin International Film Festival, and earned “Best Film” awards at Olhar du Cinema, Dokufest Kosovo, and Lima Independent Film Festival, along with a University Award at Indie Lisboa.  His latest feature, A Shape of Things to Come (2020), premiered at CPH:DOX and the Film Society of Lincoln Center’s “Art of the Real” and was released theatrically by Grasshopper Films.

JP serves on the editorial board of the Chinese Independent Cinema Observer journal, and he co-founded the traveling screening series “Cinema on the Edge,” which showcases independent Chinese film around the world.  He has also written articles for Cinema Scope, Visual Anthropology Review, and the edited volume DV-Made China. A 2017 Guggenheim Fellowship recipient, J.P. earned a PhD at Harvard and is Professor in the Radio/TV/Film Department at Northwestern University, where he directs the MFA in Documentary Media program and the Buffett Institute’s Climate Crisis + Media Arts Working Group.