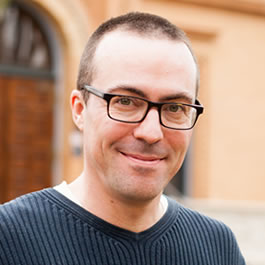 Eric Patrick is Associate Professor in Radio/Television/Film. With over twenty-five years of experience in the entertainment industry, Patrick’s commercial animation and independent experimental works have received a Peabody Award, a Guggenheim Fellowship, over 100 grants, fellowships, and awards at international film festivals, and several Emmy nominations. His additional work in information design has received grants from the National Institute of Health (Reproductive Health), and the Chicago Digital Media Production Fund (Citizen Primer). He has screened extensively both domestically and internationally at festivals, museums and on television, including screenings at the Rotterdam Film Festival, The Museum of Modern Art, the Centre Georges Pompidou in Paris, and the South by Southwest Film Festival. He was an animator for the seminal Nickelodeon program “Blues Clues,” and has written several articles about independent animation.