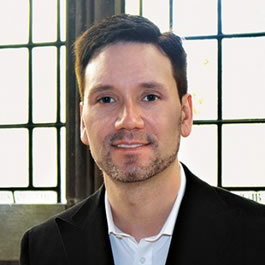 Mark J. Butler is Associate Professor of Music Theory and Cognition in the Bienen School of Music. Butler was previously on the faculty at the University of Pennsylvania. He has received fellowships from the American Academy in Berlin and the National Endowment for the Humanities, as well as the Wiley Housewright Dissertation Award from the Society for American Music. His research interests include popular music, rhythm and meter, music and sexuality, and technologically mediated performance. He integrates theoretical, historical, and anthropological approaches to music, with particular emphasis on the use of ethnographic methodology to address music-theoretical questions. He is the author of Unlocking the Groove (Indiana, 2006) and the editor of Electronica, Dance, and Club Music (Ashgate, 2012). Other publications appear in journals such as Theoria, Music Theory Online, Semiotica, twentieth-century music, and Popular Music. His most recently published book is Playing with Something That Runs: Technology, Improvisation, and Composition in DJ and Laptop Performance (Oxford, 2014). It is based on extensive fieldwork with internationally active DJs and laptop musicians based in Berlin. He is a classical pianist and frequent performer of new music. In 2015, he was elected president of the U.S. branch of the International Association for the Study of Popular Music.

View full bio from the Bienen School of Music.